Set to open in 2020, the ongoing expansion project of the terminal building at Vancouver International Airport has witnessed a steel-topping ceremony. 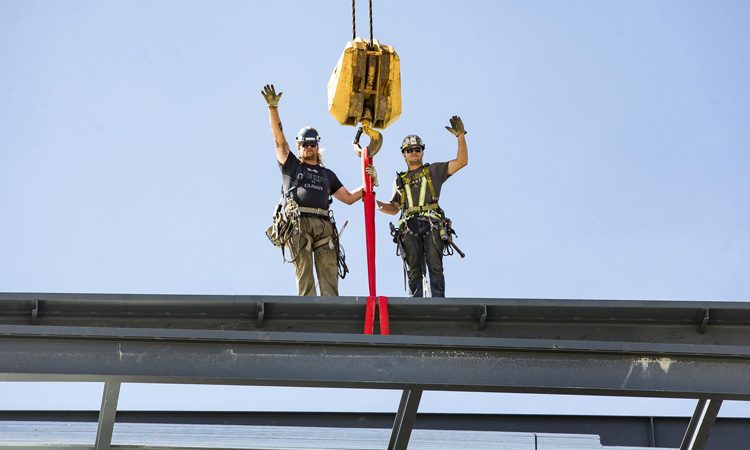 Vancouver International Airport (YVR) has celebrated a major milestone with a steel-topping ceremony for the expansion of the airport’s international terminal building, known as Pier D.

The event marked the completion of the structural phase of the building, which remains on schedule to open in 2020. This project is part of YVR’s multi-billion dollar expansion programme, which includes 75 projects over 20 years.

Once complete, the expanded terminal will include an additional eight wide-body gates, including four bridged gates and four remote stand operation (RSO) gates. The added gates will enable the airport to support large aircraft including the A380 which has a wingspan of 260 feet. This expansion will help YVR meet growing passenger demand, having welcomed a record 25.9 million passengers in 2018, better connecting British Columbians and local businesses to the world, while improving the airport experience. 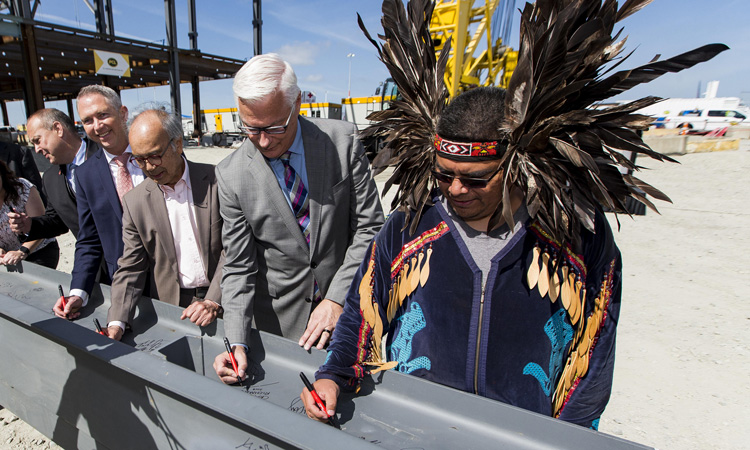 YVR’s operations – together with tourism and cargo – contribute more than $16 billion in total economic output, $8.4 billion in GDP and $1.4 billion in government revenue across B.C. Each new flight through YVR creates hundreds of jobs and contributes millions of dollars in economic benefit to the province.

YVR’s multi-year expansion plans are made possible due to YVR’s unique operating structure. YVR receives no government funding and all profits generated are reinvested back into the airport for the benefit of its customers, partners and communities.

Craig Richmond, President & CEO, Vancouver Airport Authority, said: “YVR’s mandate is to serve our region, connecting people and products to destinations all around the world. We are able to deliver on this thanks to our unique operating model and by being a connecting hub, which encourages passengers from other parts of the world to travel through our airport. Connecting passengers create enough demand to support air services that would not otherwise be possible. This directly results in significant benefits – not only more destinations, airlines and choices for passengers but jobs and business activity for the local, provincial and national economy.”

Honourable George Chow, Minister of State for Trade, said: “Visitors to our province want modern and accessible transportation and Vancouver International Airport offers them a world-class experience from the moment they step off the plane. YVR also plays an important role connecting visitors to the amazing tourism experiences in all corners of our province. I know this terminal expansion will continue YVR’s award-winning reputation, support more international visitors and help build B.C.’s economy.”