East Midlands Airport sees apron expansion to accommodate change in shopping habits which has increased the amount of next-day-delivery cargo. 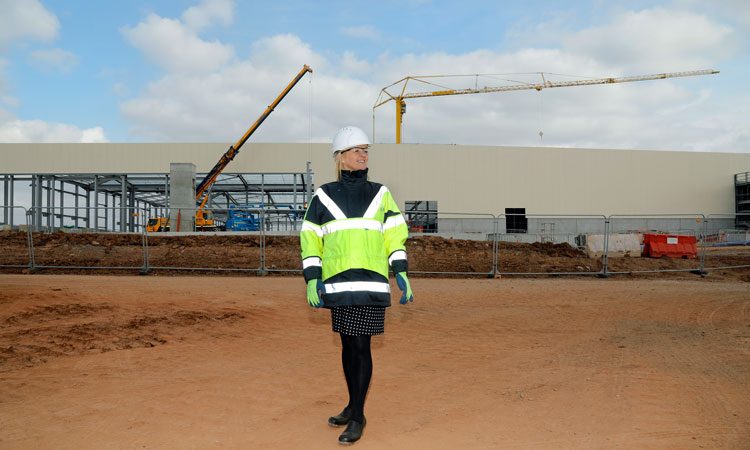 East Midlands Airport (EMA) is improving its infrastructure so that aircraft can load and unload cargo more efficiently at busy times.

The east apron, a large concrete area at the M1 end of the airfield is being widened to allow up to four more aircraft to be parked at any one time, which sees aircraft that serve, among others, the Fed Ex/TNT, UPS and Royal Mail.

Also at the east side of the airport, UPS’s new facility is rapidly taking shape; the £114 million development will double the size of their operation at EMA.

The 10 per cent year-on-year growth in cargo volume at EMA is being driven largely by people’s changing shopping habits. Cargo operators on-site that handle goods going to and from countries all over the world are primarily serving the express freight/next-day-delivery market. This is in response to more people shopping online ordering goods ranging from electronic items to clothes.

Over the next six months, airport bosses will unveil a new business plan to realise the significant potential arising from the growth in e-commerce which will outline further investment priorities.

Karen Smart, EMA’s Managing Director, said: “A successful and growing economy leads to an increase in demand for air services, both passenger and cargo. As the UK’s second largest cargo airport after Heathrow and the UK’s number one for dedicated air cargo traffic, we are an important national asset. Each year an estimated £50 billion of UK imports and exports are handled at EMA much of which is serviced by express operators who offer a ‘next-day’ service to destinations across the world. As we make an important economic contribution to the UK, continued investment in our infrastructure is key to facilitate regional and national economic growth and the attractiveness of this region because of its global connectivity.”

The apron expansion work is being carried out by contractors Galliford Try who have also delivered many of the main infrastructure improvement projects at EMA, most notably the runway resurfacing project over two years ago and the central (passenger) apron improvements carried out during spring and winter in 2018.

Colin Abbott, Aviation Director at Galliford Try, said: “We’re delighted to work with East Midlands Airport on this key expansion project and to be further strengthening the collaborative relationship we have fostered with them through the delivery of many successful projects at the airport. Galliford Try has considerable experience of working in complex airport environments across the UK and we’re looking forward to delivering the expansion of the cargo facilities in the coming months.”

Over 365,000 tonnes of goods fly in and out of EMA each year. When at its busiest, one million individual parcels and letters are handled at the airport each night. £10 billion of goods fly to and from non-EU countries each year through EMA.