Following the success of its 2018 Recycling Week, Stansted Airport has launched Biodiversity Week in which more than 3,000 silver birch saplings are to be given away. 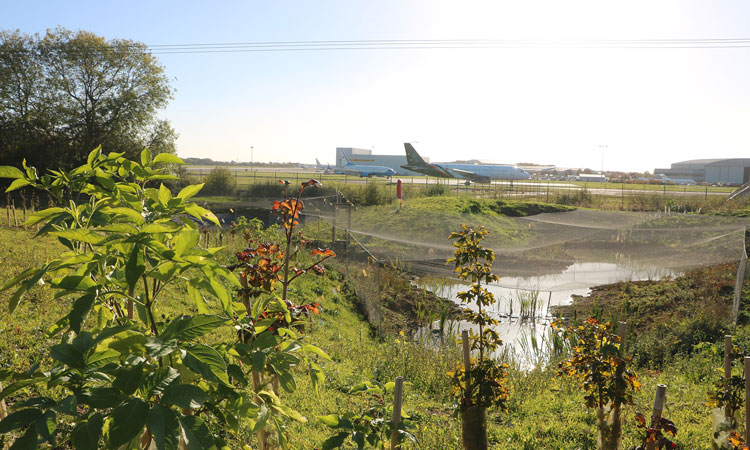 London Stansted Airport is handing out more than 3,000 silver birch saplings from this week, to celebrate its Biodiversity Week (18-22 March 2019) and highlight some of the environmental work which happens year-round.

The initiative – which follows from 2018’s successful Recycling Week, where 2,000 reusable cups were handed to staff – aims to inform the thousands of colleagues across London Stansted of the environment team’s efforts, from the creation of habitat areas to recycling drives and environment protection. As part of London Stansted’s sustainable growth, last year the airport built a new habitat creation area, made up of four new ponds and green areas.

Schools and parish councils within a 10-mile radius have also been invited to plant trees, and staff can take them home if they sign a pledge to take care of it for at least two years while it acclimatises. All trees will be marked on a map to see how far and wide they’re planted.

Martin Churley, Environment Manager at London Stansted Airport, said: “The aim of Biodiversity Week is to highlight all the good work the business is doing to maintain and improve our biodiversity across the airport site. We hope to get staff engaged in our work, and following the huge uptake of free cups last year we wanted to be even more ambitious with our tree giveaway. At London Stansted Airport we have also made a commitment to be zero net loss to biodiversity, so initiatives such as this help ensure we not only achieve this, but that the airport grows in a sustainable way.”

If you’d like to find out more about how the airport and aviation industries are working to mitigate the damaging environmental impact of air travel, take a look at Sustainability Series