In his speech at the International Aviation Club in Washington, D.C., Alexandre de Juniac, highlighted the importance of both Government and Industry working together to reap the continued benefits of aviation. 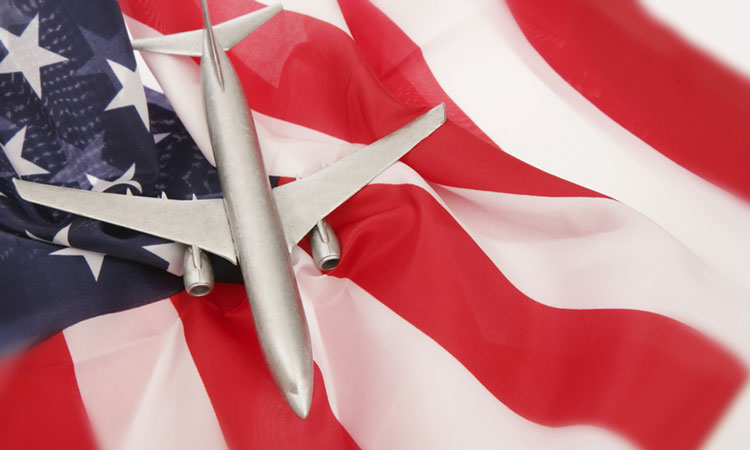 IATA has urged the United States government and industry to work together to ensure that aviation is able to accommodate an expected 62 per cent rise in demand for air travel to, from and within the country over the next 20 years.

Speaking at the International Aviation Club in Washington, D.C., Alexandre de Juniac, IATA’s Director General and CEO, noted that aviation already supports 6.5 million jobs in the United States and contributes over $778 billion to GDP, including aviation-supported tourism. The social and economic benefits enabled by aviation will increase as the number of passenger journeys rises to 1.26 billion by 2037, from 780 million in 2017.

De Juniac highlighted key factors necessary to ensure aviation is able to meet this increase and grow aviation’s benefits. These include maintaining a competitive environment that stimulates innovation, and adequate infrastructure to cope with new demand.

Speaking of competition he said: “Delivering aviation’s economic and social benefits requires a policy framework that supports competitiveness. Competition unleashes innovation and helps drive prices down. In 1978, the U.S. government recognised this fact and deregulated the airline industry, leading to lower fares and greater access to air travel.”

“Yet some in Congress are trying to turn back the clock on deregulation’s successful legacy. For example, a measure introduced in last year’s Federal Aviation Administration (FAA) reauthorisation bill would have required the U.S. Department of Transportation to regulate airline ancillary fees. Clearly the intent was to eliminate the unbundling model that has allowed airlines to keep fares low by asking consumers only to pay for those things they value.

“While the measure was not in the final bill, it should never have been introduced in the first place. On principle, it is outrageous that airlines were singled out in this manner,“ said de Juniac.

He also urged the U.S. to ratify the Montreal Protocol 2014 (MP14) to address loopholes in international agreements that make it difficult to bring the law to bear against unruly passengers. “No passenger or crew member should have to put up with verbal or physical threats, harassment, violence or assault. MP14 will close jurisdictional loopholes in the existing international treaty governing offenses on-board aircraft, ensuring that perpetrators will face justice regardless of where they are flying.” Sixteen countries have ratified MP14 of the 22 needed for it to come into force.

Speaking of infrastructure De Juniac highlighted the need for additional airport infrastructure to accommodate growth. “While the U.S. is in a better position than most markets, no major new airport has opened here in almost 25 years. With the U.S. market expected to add close to 500 million passengers by 2037, that just won’t do.”

In the absence of adequate infrastructure, de Juniac stressed the importance of the Worldwide Slot Guidelines (WSG) in managing scarce resources around the world. Today the WSG is being used at about 200 airports—including at New York JFK—accounting for 43 per cent of global traffic.

de Juniac said: “While there may be local variation in how slots are managed, the system will only work if the parties at both ends of a route are using the same rules. Tinkering by any participant messes it up for everybody. Therefore, we cannot turn a blind eye to one country or one airline over another.”

De Juniac also called on leaders in Congress and the Administration to work together to ensure that aviation connectivity is not endangered in the event of another government shutdown. He thanked the thousands of dedicated government employees who kept the aviation system functioning without pay during the recent five-week partial shutdown.

“While aviation was fortunate to escape long-lasting economic damage during the shutdown, there were some serious impacts and airlines took a hit in terms of tickets not sold and trips not made. The shutdown also underscored the urgent need to remove the US air traffic control system from the federal budget process and place it in a nonprofit structure that would be immune to these kinds of situations.”

De Juniac emphasised aviation’s transcendent role as the Business of Freedom. He commented: “Aviation liberates us from the constraints of geography and distance. It empowers us to lead better lives and makes the world a better place. Aviation enables globalisation, which has been shown to be the most successful way to lift people from poverty. To be sure, we must aim for a more inclusive model. But that will not be achieved with protectionist policies or trade wars. Prosperity will come with borders that are open to the movement of people and to trade. We need to state this loudly and frequently.”