Heathrow remains busiest airport in Europe, according to ACI figures

The European airport network grew by 6.1 per cent in 2018, bringing the total number of passengers using Europe’s airports to a new record of 2.34 billion, in new figures released by ACI. 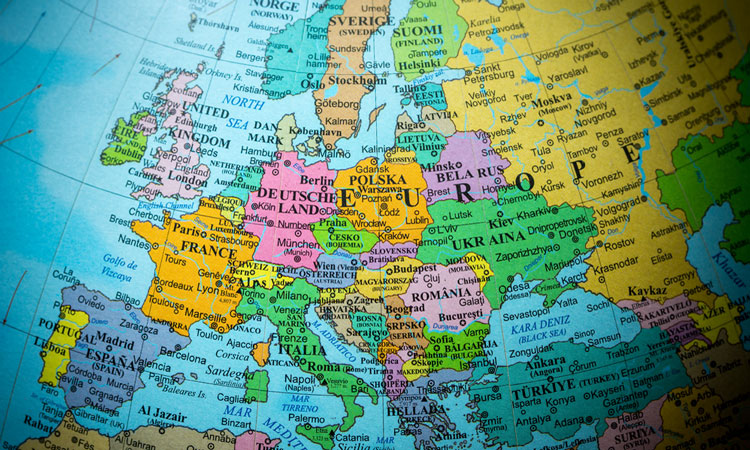 While growth somehow moderated in 2018 when compared to the exceptional performance of 2017 (8.5 per cent), it remained very dynamic – especially considering underlying economic trends and geopolitical tensions. Continued airline capacity expansion played a major role, as aircraft movements grew by four per cent – even faster than in 2017 (3.8 per cent).

Olivier Jankovec, Director General of ACI Europe, commented: “Once again, passenger traffic has shown remarkable resilience in 2018, with Europe’s airports welcoming an additional 136.6 million passengers. This means that in just five years, passenger traffic has expanded by more than a third (36 per cent) – with more than 629 million additional passengers – of which 445 million were in the EU alone. Managing such growth has been quite a challenge and the strain on airport facilities and staff is real. Capacity and quality are now major issues for an increasing number of airports across Europe. This of course requires investment but also greater operational efficiency – through effective airport-ATM integration and alignment with all other stakeholders.”

Passenger traffic at EU airports posted an average increase of 5.4 per cent in 2018 (compared with 7.7 per cent in 2017) – with ATM disruptions, airline strikes and consolidation limiting gains in several markets up to the Summer. Since then growth has been on an upward trend, with December closing at nearly seven per cent.

Conversely, the weakest results came from airports in Sweden, where passenger traffic stalled in the wake of the introduction of an aviation tax and the UK, a reflection of mounting Brexit fears on the economy).

This lower performance compared to the European average reflected mainly capacity limitations, intensifying hub competition and hub by-pass developments as well as airline strikes. Still, the Majors collectively welcomed 16.5 million additional passengers. Frankfurt achieved the highest growth amongst the league (7.8 per cent – fourth position with 69.51 million passengers), on the back of a successful traffic diversification strategy. Istanbul-Atatürk posted the second best performance (6.4 per cent – fifth position with 68.19 million passengers) but saw passenger traffic slowing down significantly towards the end of the year (only one per cent in Q4). The Turkish hub was followed by Paris-CDG (four per cent – second position with 72.22 million passengers), where strikes at the home-based network carrier took their toll.

Meanwhile, capacity constraints more than halved growth at Amsterdam-Schiphol (3.7 per cent compared to 7.7 per cent in 2017 – third position with 71.05 million passengers) and also limited gains at London-Heathrow (2.7 per cent) – which remained the busiest airport in Europe, with 80.12 million passengers.

Looking ahead Jankovec concluded: “The trend of decreasing freight traffic is hard to ignore. It reflects weakening economic data and contraction forces at play, not just in Europe but around the World. These will ultimately translate into lower passenger demand. Adding to that, volatile oil prices, labour cost pressures and more consolidation should also lead airlines to be more cautious with capacity expansion. So pressures on passenger traffic are likely to come both from the demand and supply sides in 2019. With less than 60 days left before the UK exits the EU, Brexit remains the top immediate risk. However, the latest no-deal contingency measures from the EU no longer provide for a capacity freeze on EU27-UK air routes for UK airlines. This will very much help mitigate the impact and protect air connectivity.”