With an expected 3,000 passengers in it’s very first day, the new airport in region of Murcia will begin operations with 12 European routes. 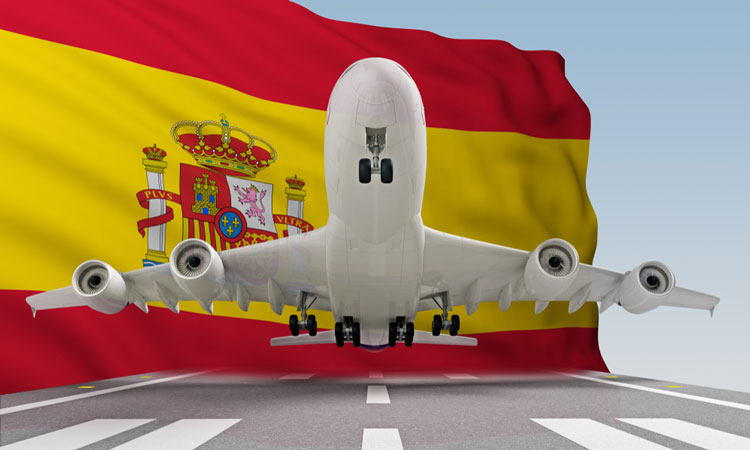 The King of Spain, Felipe VI, has inaugurated the Regional Airport of Murcia (AIRM), in an event that was also attended by the Minister of Development, José Luis Ábalos, and the President of the Region of Murcia, Fernando López Miras and others authorities. 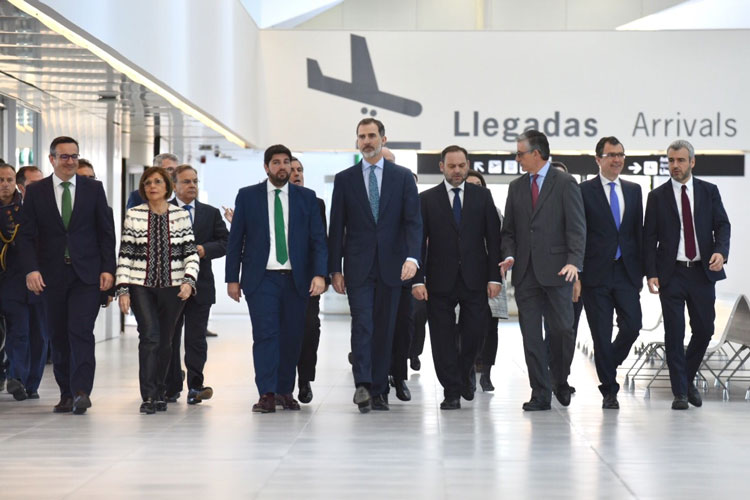 The Minister of Development, José Luis Ábalos, said: “I have no doubt that, thanks to the experience of Aena in the management of the 46 airports and the two heliports of the State, the Murcia Region International Airport will be consolidated as one of the main drivers of the regional economy and as a key element to improve their connectivity.”

The first flight was operated by Ryanair, from East Midlands Airport, one of the 16 routes which the airport will operate across the UK and Europe. On its first day in operation, the airport had a total of 16 operations scheduled (eight arrivals and eight departures) with the United Kingdom and Ireland. Airlines Ryanair and easyJet, have operated flights to / from East Midlands (Ryanair), Bristol (easyJet), London-Stansted (Ryanair), Leeds Bradford (Ryanair), Birmingham (Ryanair), London-Southend, London- Luton (Ryanair) and Dublin (Ryanair). It is expected that around 3,000 passengers will pass through the new airport facilities today.

The Regional Airport of Murcia has modern facilities that guarantee the operation of air traffic control in conditions of maximum security and provide passengers and users with the necessary services in an accessible and functional way.

The terminal building, characterised by its brightness is over 37,000m2 and consists of two large halls: the departure area, equipped with conventional billing counters 24 and one for special baggage, and the arrivals area. A ramp gives access from the departure area to the upper floor, where there are security filters that give way to the boarding area where there are nine boarding gates (six for non-Schengen countries and three for countries from the Schengen area).

The flight field consists of a runway (denominated 05-23) of 3,000×45 meters, a full parallel running street, a fast exit at the landing by the head 23, two waiting sidings at both headwaters and two access roads to platform. The aircraft parking platform has an area of ​​74,000m2 with various positions for aircraft type.

The air traffic control service is provided by Ferronats, a company owned by Ferrovial and NATS (a British provider of air navigation services) that provides tower control services in another nine Spanish airports. This service covers the final phase of descent and the initial take-off, as well as the movement of aircraft on land.