Maximising the economic benefits of air transport in Colombia

IATA has called on the government of Colombia and aviation stakeholders to work together to grow the economic benefits that aviation delivers to the country. 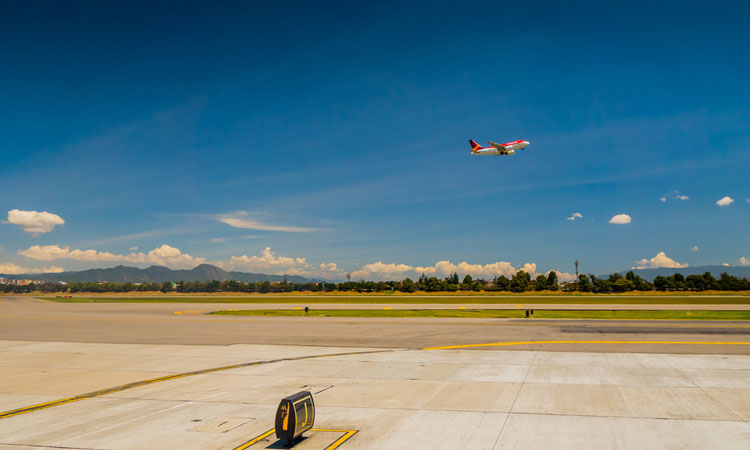 Speaking at Aviation Day Colombia, organised by IATA and the Latin American and Caribbean Air Transport Association (ALTA), Peter Cerdá, IATA’s Regional Vice President, The Americas, said: “Aviation supports over 600,000 jobs and contributes 2.1 per cent to Colombia’s GDP. These are big numbers, but aviation could increase this contribution with a more accommodating environment. For example, in the Middle East region, air transport supports 3.3 per cent of all employment and 4.4 per cent of GDP.”

Building capacity and improving processes at Bogota’s El Dorado Airport (BOG) should be a priority. El Dorado handles around 69 per cent of the country’s traffic and is already congested. Investment in existing infrastructure can raise capacity to 40 million passengers annually over the next few years. Adding a third runway and a new passenger terminal could enable annual capacity to reach 70 million.

Colombia also needs to continue moving forward with airspace redesign. Cerdá said: “The recent airspace redesign around BOG made it possible to achieve 90 or more operations per hour. This additional capacity should be tapped now.”

Additional capacity and efficiency gains can be achieved by a redesign of the rest of Colombian airspace including further easing of restrictions on use of the military-controlled Palanquero airspace. Opening this airspace up to commercial operations could generate additional savings of 12 to 41 nautical miles, equivalent to a daily saving of 15,000 kg in fuel and 46,000 kg in CO2.

2. Reduce taxes and charges that raise the cost of air travel

Colombia is an expensive place to do business. In fact, it ranks near the bottom of a list of 138 countries in terms of the cost-competitiveness of its fees and taxes, according to the World Economic Forum’s Global Competitiveness Report. This has implications for air travel. On average, taxes and fees add $20 to a domestic one-way ticket and more than $100 for international tickets. The experience of Rafael Núñez International Airport in Cartagena demonstrates the economic benefit of reducing fees and taxes on air travel. In 2015, the airport slashed its airport fee from $92 to $38. The measure had an immediate impact: the number of international passengers increased by 26 per cent and arrivals of international visitors to Cartagena increased by 38 per cent.

The history of airline deregulation around the world shows that demand surges when airlines are freed from regulatory constraints that limit pricing creativity and flexibility, or that raise travel costs by punishing airlines with heavy fines for disruptions that are often outside their control. Recognising this, the International Civil Aviation Organisation (ICAO) has adopted IATA’s Smarter Regulation principles. As a member of ICAO, Colombia should incorporate these principles as part of its aviation regulatory process.

Cerdá commented: “The forces of the marketplace provide the best commercial discipline. An airline that does not serve its customers well today will not have many customers tomorrow. But passengers have shown they want choices. Many prefer a non-refundable ticket if it means a lower fare. And the airline can offer a lower fare because it has certainty the passenger will travel. Regulations that prevent airlines from responding to market demand have the effect of raising the cost of travel for all. Why not give passengers the choice and bring air travel within reach of more people?”

Cerdá concluded: “Air travel demand in Colombia is forecast to at least double over the next 20 years, with the potential for up to a fourfold increase in passenger demand. That means that under the right conditions, aviation could support more than one million jobs and contribute $17.2 billion to GDP by 2037. Now is the time to lay the foundations for that success by creating a more favourable operating and regulatory environment.”