Use of durable concrete instead of typical asphalt will lengthen lifespan of runway up to 40 years, compared with asphalt’s 10-12 years; new high-speed taxiway allows planes to exit runways faster and save traveller’s time. 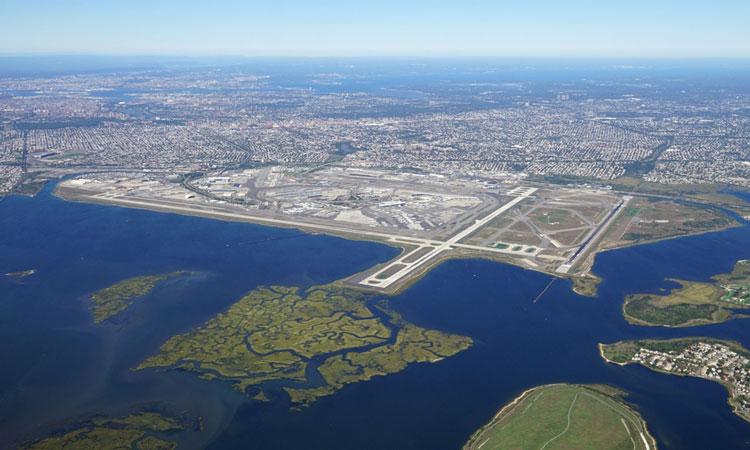 The Port Authority’s Board of Commissioners have approved a $355 million project for the rehabilitation of Runway 13L-31R at John F. Kennedy International Airport and the addition of a new high-speed taxiway, part of a package of state-of-good-repair and system-enhancing projects to improve airport travel.

The 10,000-foot-long runway, which runs east/west on the airport’s north side and handles almost half of JFK’s arriving planes, is being built with concrete for longer- term durability that will minimise future operational impacts.

Port Authority Chairman, Kevin O’Toole, said: “Runway rehabilitation is an essential part of the Port Authority’s state-of-good-repair initiatives at its airports and our continuing efforts to ensure world-class operations. This infrastructure investment will enhance the efficiency of aircraft movements on the ground, while the use of concrete will shorten the project’s timetable and increase the lifespan of the runway.”

The runway work is expected to generate 1,880 total jobs and an additional $140.6 million in wages, and produce nearly $385 million in economic activity over the life of the project. The Port Authority is working to coordinate flight schedules and airport operations during construction with the Federal Aviation Administration and the airlines to help ensure minimal impacts on travellers.

The closure of Runway 13L-31R, one of JFK’s four runways, is scheduled to begin in April 2019 and reopen with key project elements finished by the end of 2019.

The construction of a new high-speed taxiway and taxiway realignment will improve efficiency of runway operations, reducing runway occupancy time per arrival by nearly six seconds on average. The time-savings are cumulative and are estimated to save passengers approximately 1,000 hours annually in delays and taxiing time, for a combined savings to airlines and passengers of about nine million dollars, according to FAA calculations.

The runway refurbishment is part of a Port Authority program of airport infrastructure improvements focused on enhanced safety and reduced flight delays. This includes the addition of high speed taxiways at JFK and Newark Liberty International Airport and the expansion of the aeronautical operations areas.

At LaGuardia the increased airfield area will mean increased manoeuvrability for larger planes to gates. These infrastructure improvements are being combined with technology enhancements to help reduce delays by managing arrival and departure traffic more efficiently.