Growth – it’s inevitable. Without it, business stagnates and withers, but with it, business thrives and flourishes. However, what happens when significant growth gives rise to serious questions about safety and customer satisfaction? 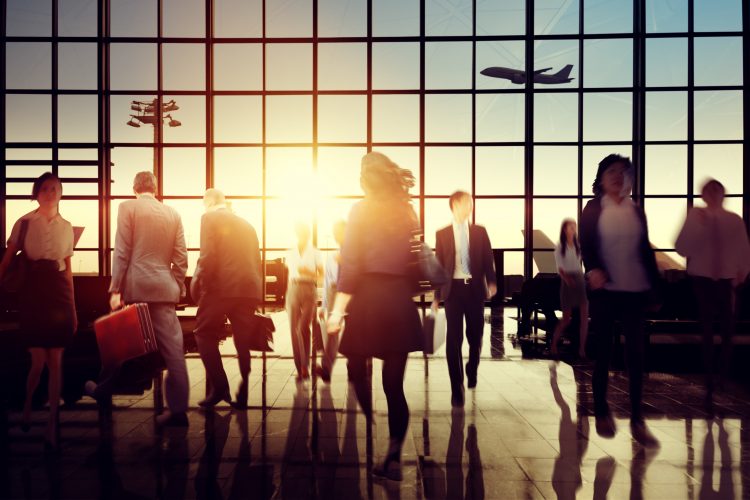 They’re the kind of growth numbers that most companies can only ever dream about – like-for-like, year-on-year growth of an impressive 7.45 per cent. At Manchester Airport, that means processing close to 28 million passengers in just one year, as of January 2018.

The impact of growth

As the UK’s third-largest international airport, Manchester has a mammoth task to fulfil. Not only does it need to process the hundreds of thousands of people that pass through its terminals each day quickly, safely and efficiently, it also needs to manage staff, security and future growth forecasting, all while handling the multiple day-to-day tasks that go into running
the airport.

Technology has come a long way, yet many airports and other transport hubs still rely on CCTV monitoring and manual measurement to track the numbers and movement of passengers as they arrive, wait out their transits, and depart.

Unfortunately, these types of systems tend not only to be expensive, time-consuming and inaccurate, but also highly reactive – once you have identified a bottleneck, for example, it’s already too late to prevent it, and even if you can solve the problem, passengers are already frustrated. Manual systems also don’t do much for working out how people use the airport facilities and concessions.

Leading the way with a revolutionary solution

In 2014, Manchester Airport became the first UK airport to implement a solution that would open new vistas of passenger measurement, and give the airport the opportunity to improve wait times, as well as security and customs processing. The airport adopted the Veovo Guest Predictability solution, comprising a combination of WiFi sensors and data processing software, that together offer real-time passenger queue and flow information.

“We previously used CCTV to check queues at peak times. However, this was time-consuming and didn’t have the highest degree of accuracy. With Veovo, we have 24/7/365 consistent visibility of queue performance, which is a tremendous aid when looking at post-performance analysis,” says Paul Shaw, Customer Services Planning Analyst at Manchester Airport.

Shaw continued: “The solution is implemented in each of our four security areas and three immigration halls. We can see how each area is performing in real time, which has helped to proactively reduce queues, establish a new Service Level Agreement (SLA) between the airport and the airlines for security queues, and accurately report the existing SLA between the airport and UK Border Force, which was not previously possible for Immigration. It has also benefited our relationships with the airlines as they appreciate the consistent transparency of our performance – both positive and negative!”

Results that speak for themselves

Since implementation, the airport has improved passenger handling times and processing efficiency. The knock-on effect of this is passengers who spend less time getting frustrated by slow-moving queues, spend more time in concession areas and, ultimately, have a much more pleasant airport experience.

For the airport, it means more effective on-the-go planning. It allows for better predictability, as they can analyse data for patterns over the months and weeks of the year, days of the week, specific times of day, holidays, and various other measures. This, in turn, leads to improved resource planning and even improved staff morale, as airport-based employees feel more comfortable with their workload.

Bristol, Birmingham and Edinburgh airports have also implemented Veovo in their optimisation efforts. The city of Portsmouth, Port of Dover and Clapham Junction Railway Station are also reaping the benefits of the solution. Internationally Veovo helps streamline passenger flow at Dublin, Amsterdam Schiphol and JFK in New York. In recent years, it has been rolled out at ski resorts, amusement parks and at events all over the world.