The new reconfigured stand can service either one long-haul aircraft with 65 meters wing-span, or two smaller ones with a wing-span of up to 36 meters. 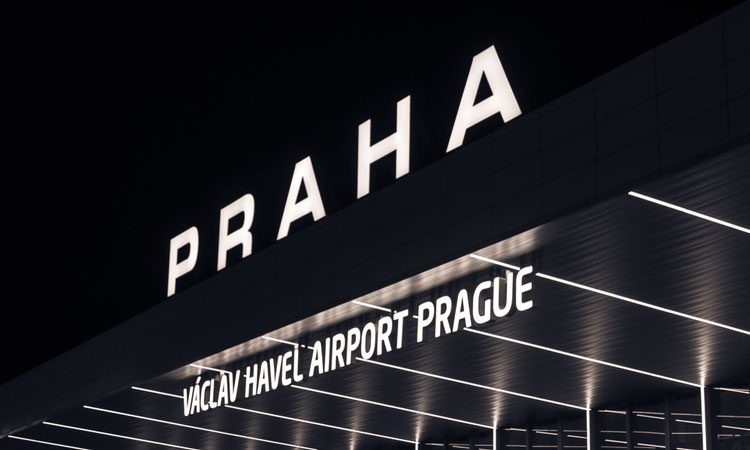 Václav Havel Airport Prague continues with short-term development plans and opens a new aircraft stand and gate with a new passengers waiting area for testing operations. The new reconfigured stand can service either one long-haul aircraft with 65 meters wing-span, or two smaller ones with a wing-span of up to 36 meters.

The stand with gate is located in Terminal 1 and will substantially increase the airport’s capacity and make the boarding process more comfortable and faster, especially in case long-haul flights, which are becoming more and more prevalent in Prague.

The new waiting area connected to the new gate has a maximum capacity of 430 passengers and includes three departure gates: A3, A4 and A10. The first two gates leading directly to the airplane via bridge, the third gate is located on the ground floor and meant to service aircraft waiting at distant stands boarded by buses.

Václav Rehor, CEO of Letiště Praha, said: “Project of new aircraft stand and gate responds not only to the growing number of checked passengers, but also to the increasing number of long-haul flights being operated out of Václav Havel Airport Prague. The latest announced one is United Airlines service to Newark commencing next June.”

The new stand is a part of Prague Airport’s short-term development plans and aimed at increasing the airport’s capacity and contributing to its overall modernisation.

Václav Rehor added: “This is the last large development project launched for our passengers this year. Nevertheless, we have already started preparation of another development projects, including reconstruction of baggage sorting facilities and opening of new check-in counters in both airport terminals, which will be completed next year.”

Perhaps the most visible change from the passengers’ perspective is the interior design of the new gate area provided by the Prague office of the Chapman Taylor architect studio. Brand new boarding counters for handling companies were add to the area. The modern interior uses designer elements, such as a dropped ceiling combined with line light fixtures.

The project involved the reconfiguration of two older stands and gates for medium-haul aircraft and cost approximately CZK 158 million. Solution applied in the new gate area is planned to be used in the future for the next steps of modernisation of Terminal 1.

The new gate with the waiting area can also service flights operated with wide-body aircraft. Their number has been increasing at Václav Havel Airport Prague. In August, two new flights operated by long haul aircraft were announced. In addition to United Airlines, which will start a direct service to Newark in June 2019 with a Boeing B767, Qatar Airways will fly a Boeing B787 Dreamliner on one of their flights to Doha starting late October 2018.