Preparations are well under way at İstanbul New Airport ahead of the biggest airport transfer in the world, which is set to take place on 29th October 2018. 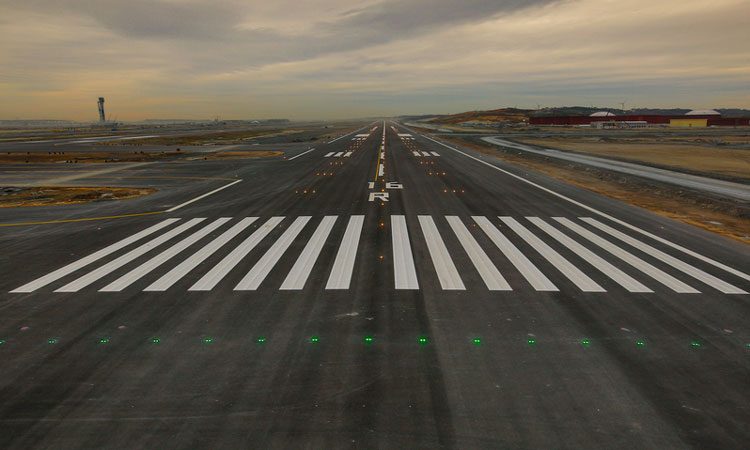 Stating that they have taken every little detail into account for a flawless transfer operation, H. Kadri Samsunlu, The Chief Executive Officer and General Manager of İGA-İstanbul New Airport, said: “We will witness a transfer unprecedented in its size. We will carry out three major trials in the coming month for operational preparation. 9,000 people and 10 real planes will be used.”

There are only a number of days left until world aviation moves to its new heart at İstanbul New Airport. Training as part of the process, which is called ORAT (Operational Readiness and Airport Transfer) in the aviation sector are ongoing.

Sharing the latest information on ORAT,  H. Kadri Samsunlu stated that works to launch the airport on Monday 29 October continue at full tilt in accordance with the plan and programmes, he added: “The transfer to İstanbul New Airport will be the biggest ever airport transfer in the world. There have been no airports transferred further than 45 km in the world.

“Since 2016, we have been meticulously carrying out our works regarding the transfer to İstanbul New Airport. At this point, we have finished the training of the airlines, particularly Turkish Airlines, ground services and other stakeholders, all in order to ensure their orientation to the airport in the operation preparation process.”

Turkish team and foreign consultants have been working for two years

Noting that they have been receiving consultancy from Copenhagen and Incheon Airports since November 2016 as part of the ORAT Project, Kadri Samsunlu stated that eight consultants, a team of 60 people and 100 operational staff, all of which have aviation experience in fields such as airports, airlines and handling, are included in the ORAT team.

Samsunlu added: “A transfer to an airport that will reflect Turkey’s potential for growth and turn a new page in aviation history will take place. We have finished all preparations for the transfer to Istanbul New Airport. We have especially made significant progress in the Operation Preparation part, which is the first stage of ORAT. We’ll carry out three major trials in the coming month. We are working on scenarios based on 105 different subjects and events.”

The ORAT process at the Istanbul New Airport started in 2016. In the training stage of ORAT, which consists of four stages, 27,522 training classes and 28,225 field training sessions  were provided to the executives and employees of Turkish Airlines, HAVAŞ, ÇELEBİ and Turkish Ground Services and the employees of other stakeholders that will provide services at the airport under the leadership of the General Directorate of State Airports Authority.

In the ORAT work-flow, class and field training are followed by the trial period, 46 scenarios have been tested in the trial operations since 31st May 2018. These scenarios will be tried out in the remaining period before the launch with the participation of 1,000, 3,000 and 5,000 people through real trials presenting different events.

The purpose of Integrated Trial operations is to evaluate the general readiness of facilities, systems, procedures, equipment and trained operation personnel. These trials also allow the participants, which are the end users of İstanbul New Airport, to simulate their processes under real operational conditions before the launch.

Information system infrastructure is ready for the launch