With a combination of both satellite-based technology and ground-based video technology, air traffic controllers will be given a comprehensive view of air traffic. 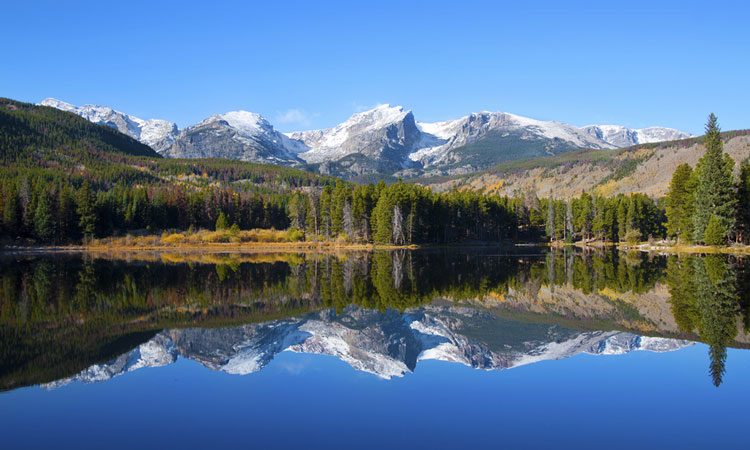 The Colorado Remote Tower Project is a high-tech approach toward the future of air traffic control.

This technology will also give airports with seasonal traffic demands the flexibility to offer air traffic control services only when necessary. As a result, the Colorado Remote Tower Project will help to make the skies and airports safer and more efficient, while drastically reducing the capital investment and operating costs associated with a conventional air traffic control tower.

The result of this two-phased project will allow air traffic controllers to monitor air traffic at Colorado’s busiest ski country airports. Due to the high demand of airports in this region, many of Colorado’s busiest mountain airports are now able to safely accommodate higher seasonal air traffic volumes and reduce aircraft diversions due to adverse weather conditions. This has ultimately increased the level of safety and efficiency at these airports, while also positively influencing economic development of the surrounding communities.

The Colorado Remote Tower Project will create a mixture of satellite-based technology developed for the Mountain Radar Project with ground-based video technology to give air traffic controllers a comprehensive view of air traffic on the surface of an airport, and in the surrounding airspace.

The Colorado Remote Tower Project will be the first of its kind to integrate both satellite and ground based technologies to help elevate the level safety, operational efficiency, and economic environment at busy airports with uncontrolled airspace.

The overall scope of the Colorado Remote Tower Project falls directly in line with the Mission and Vision Statement followed by the Colorado Division of Aeronautics and the Colorado Aeronautical Board:

In terms of safety, the project will be a cost effective solution to managing potential risk to aircraft operators in a busy airport environment such as Northern Colorado Regional Airport. It addresses issues related to a diverse air traffic mix; big and small, slow and fast. This technology will allow controllers to safely manage airspace containing a wide variety of aircraft sizes, speeds, and manoeuvrability. Furthermore, the project will have the ability to have positive control of air traffic during airport incidents, construction projects, and adverse weather conditions.

For the efficiency of operations, the project will allow the airport to safely and efficiently accommodate additional air traffic volumes, which will increase air traffic efficiency during airport incidents, construction projects, and adverse weather conditions.

For the region economically, the Remote Tower Project will facilitate future commercial air service at Northern Colorado Regional Airport (FNL), generating positive economic benefits for the State of Colorado and the community surrounding the airport, while broadening consumer choice in air transportation. The increased air traffic volumes can be directly related to an increase in visitors travelling to the local community for business and/or pleasure. At the airport, an increase in aircraft operations at an airport is directly related to increases in fuel sales, aircraft maintenance, airport services; hangar rental, catering, ground transportation, etc. While in the community, increased air traffic volumes can be directly related to elevated visitor spending; lodging, food, entertainment, etc.

The most recent developments of the project is the three camera masts were installed; one near the FNL fuel farm, and masts on the east side of the taxiway, near each end of Runway 15/33 at the end of August 2018

The Remote Tower Project will be made possible through a network of three 360 degree panoramic video and static cameras. For the test scenario at the FNL, these cameras will be securely mounted atop steel masts that will rise between 22 (end cameras) and 56 (central camera) feet above the ground.

Each of the camera masts will be erected on either end of the main runway (15/33) and one mast centrally-located near the A3 taxiway connector. This camera arrangement will give air traffic controllers a full 360 degree view of the airfield, simulating the same view one would expect if looking from a physical air traffic control tower.

The camera and satellite-based surveillance data will be fed to a remotely-located control centre. During the test and assessment phase of this project, the control room will reside on airport property, but will accurately simulate a remote scenario. Future control centres can be located from a remote location.