In-flight Wi-Fi is now a key driver in forming customer loyalty and satisfaction among today’s airline passengers, according to a leading poll of passenger attitudes. 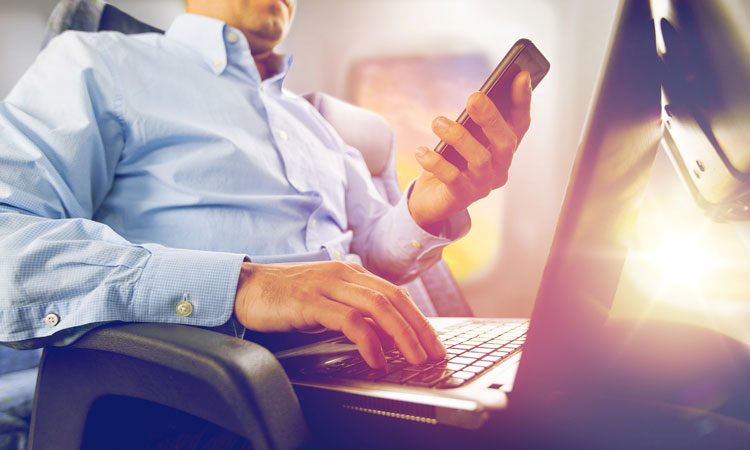 Passengers can browse the internet, stream videos, check social media and more during flights, with an on-board connectivity experience on par with broadband services available on the ground.

According to a survey by Inmarsat, Wi-Fi is already an essential part of everyday life on the ground with more than three quarters of those surveyed (78 per cent) believing that it is “fundamental” to daily life. With more than half of passengers (55 per cent) describing in-flight Wi-Fi as crucial, meeting the demand for Wi-Fi in the skies is key to improving passenger experience and driving loyalty.

Wi-Fi is now so critical to passengers that two thirds (67 per cent) would be more likely to re-book with an airline if high-quality Wi-Fi was on offer. Globally, passengers ranked in-flight Wi-Fi as the fourth most important factor that they consider when choosing an airline, behind airline reputation, free checked baggage and extra leg room.

The impact of in-flight Wi-Fi on loyalty and satisfaction is particularly significant for passenger groups most keen to remain connected in the air. High-value customers, parents and young passengers are among those most likely to use in-flight Wi-Fi services: nine in ten business travellers (90 per cent), parents travelling with children (90 per cent) and 18-30 year olds (91 per cent) plan to use the service if it’s offered when they next fly.

On board Wi-Fi could also lead to more productive business trips, as almost nine in ten business travellers (87 per cent) would use in-flight Wi-Fi to continue working on the plane. Access to Wi-Fi is also an important driver of choice for nervous flyers, as more than half (51 per cent) said that they would use the technology to remain in contact with family and friends on the ground.

The majority of today’s airline passengers are so keen to get online that they will sacrifice other in-flight amenities for internet access. Inmarsat’s 2016 In-flight Connectivity Survey revealed that more than half of passengers (54 per cent) would choose Wi-Fi over an in-flight meal. Today, passengers are adding alcohol to the list of in-flight amenities they would sacrifice to get online, with more than half (53 per cent) suggesting they are even prepared to give up their in-flight alcoholic drink in exchange for access to Wi-Fi.

As demand for in-flight Wi-Fi soars, uptake is similarly high as two thirds (65 per cent) of passengers that had access to the service in the past year chose to use it. However, the demand for quality on board Wi-Fi is significantly outstripping supply on the fleets of airlines across the globe, as less than half of passengers globally (45 per cent) travelled on flights where it was offered.

Philip Balaam, President of Inmarsat Aviation, said: “Wi-Fi is essential to daily life on the ground, and airline passengers see no reason why their time on a flight should be restricted or spent any differently. Whether it’s used for sending that important work email, entertaining the children or even connecting with fellow passengers, staying online is becoming a crucial part of the in-flight experience for today’s airline passengers.”