Terminal construction is hoped to ease the strain of an expected 100 million passengers to pass through annually – Lead 8 heads up construction of the commercial environment. 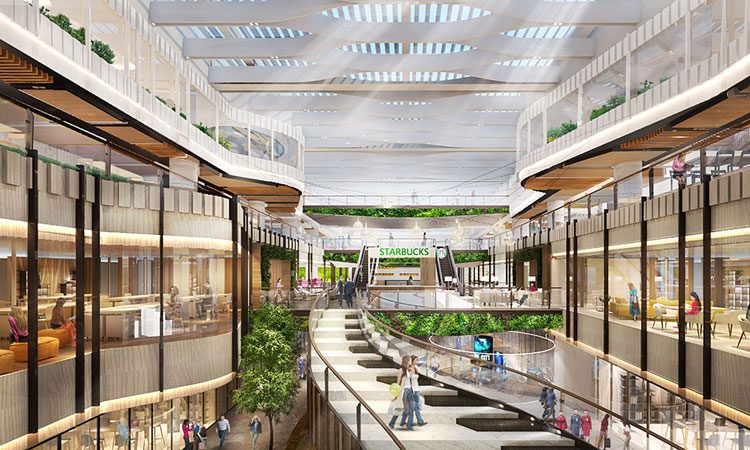 A Lead Designer has been appointed for a commercial terminal at Beijing Daxing International Airport, the upcoming build set to be the biggest airport in the world.

Its operator, China Airport Land, appointed Hong Kong-based firm Lead 8 this week for the project which is due to be finished in late 2019.

With eight runways, the airport is more than able to carry a yearly passenger load of over 100 million.

As part of a new “air transport-related economic zone,” the project will encompass a purposeful design of work spaces, with integrated retail, dining and entertainment options for the large numbers of passengers expected.

Lead 8 was awarded the project based on their previous innovative designs strategy on hybrid work spaces, and a proven track-record in aviation designs, such as SkyCity Airport RDE complex.

Simon Chua, Co Founder & Executive Director at Lead 8 said: “The new aeropolis is a glimpse into the shape of the cities of the future. Our future work spaces are being influenced by the changing lifestyles of a new generation, as work, entertainment and hospitality blurs the boundaries to create new opportunities.

“We hope this scheme will inspire future airport developments, as there is a growing demand for quality work spaces with integrated natural environments, particularly in Beijing.”

The plan is designed to accommodate the needs of passengers in this day and age, including interactive pet hotels, child care and nursery, hybrid online retail and dining, public events and a showroom for brands and companies for product launch and weekend activities.

The construction is due to start this year and is projected to be finished late 2019, in the hope that the amenities can be used by passengers as soon as possible.