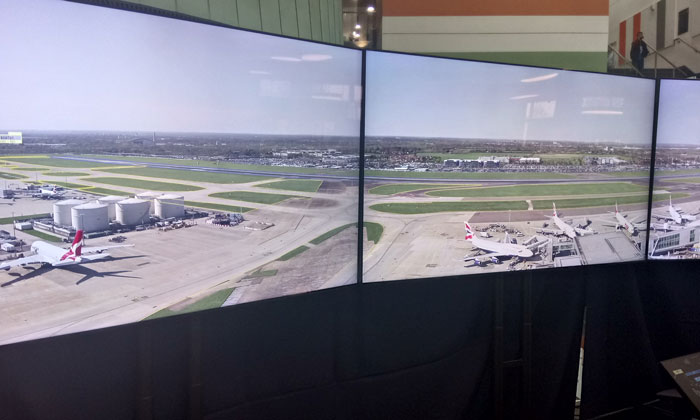 A scoping study from consultants Ekos, sets out why Inverness should be the preferred location, has been accepted, in principle, by the HIAL board.

The project, first announced in January 2018, will change the way air traffic services are provided at seven HIAL airports by running activities in a centralised tower and surveillance centre, and modernising the way airspace is managed.

Cameras offer air traffic controllers panoramic views of the airfield showing more detail than is possible with the human eye.

This new approach to ATC will bring together the air traffic management of seven airports into a single location including HIAL airports at Sumburgh, Dundee, Inverness, Wick John O’Groats, Kirkwall, Stornoway and Benbecula.

HIAL Managing Director, Inglis Lyon said: “The scoping study identifies Inverness as having the most compelling case to support HIAL’s continued delivery of its core activities.

“Inverness is best suited from a technical, operational and staffing perspective. Inverness is centrally located in relation to the other HIAL airports and has direct flights to Sumburgh, Kirkwall, Stornoway and Benbecula.”

HIAL Interim Chair, Lorna Jack said: “The implementation and delivery of the remote tower and surveillance centre is the largest and most complex project HIAL has ever undertaken.”

While the technology is at centre of this innovation, the impact on the surrounding communities has not been overlooked. Ms Jack continued: “We are committed to undertaking a thorough communities impact assessment that will take into account the views of local people, business leaders and local authorities to ensure the best decisions are made.Prioritising aviation service delivery to the islands and other locations we serve is all about supporting those communities from both economic and social perspectives.”

In total, there are 86 positions that will likely be impacted by the new remote towers and surveillance centre, however, there are no planned reductions in staff numbers. A dedicated project team to oversee the air traffic management project is being assembled and the recruitment process is already under way.