The service, a non-stop train between Paddington station and Heathrow, is one of the most critical to Britain’s aviation-rail infrastructure. 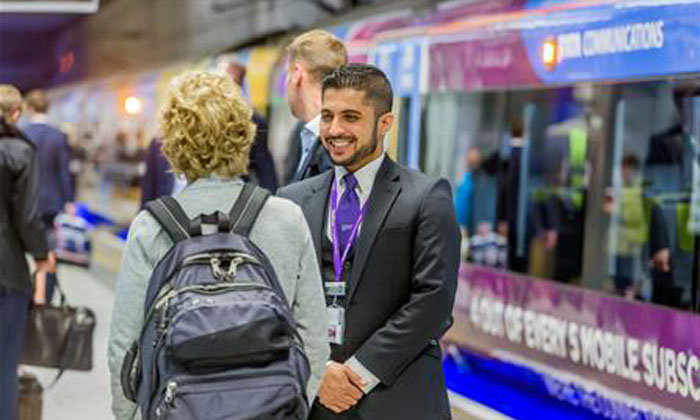 SATISFIED CUSTOMER: 50,000 passengers are surveyed by Transport Focus over the course of the year

Heathrow Express is the UK’s joint top performer in the Spring 2018 National Rail Passenger Survey conducted by Transport Focus and achieved an overall satisfaction rating of 95 per cent.

The National Rail Passenger Survey gathers the opinions of UK train passengers twice a year, and Heathrow Express has also outperformed all other train companies in London and the South East where the average overall satisfaction score was 79 per cent.

The survey states that ‘punctuality/reliability’ has the biggest single influence on satisfaction and Heathrow Express scored 95 per cent in that category – 25 per cent more than counterparts in London and the South East.

The service, which carries on average 17,000 people a day between London and Heathrow with a journey time of 15 minutes, also scored 96 per cent in ‘length of time the journey was scheduled to take (speed).’

Heathrow Express also nabbed the nation’s top score for reliability of internet connection at 71 per cent (compared to national average of 30 per cent).

The airport is currently awaiting Parliament approval for a divisive expansion project which could bring passenger numbers to as many as 130,000 each year, putting pressure on services supplying the London hub.

Though the plans have the backing of the UK Cabinet, there is dissent in high places. The Foreign Secretary, Boris Johnson is among those who oppose the proposal. However, newspapers in Britain have reported that the politician will be allowed to miss the vote in order to avoid any disciplinary action. It is expected that Heathrow’s third runway plans will come before the House of Commons on Monday (June 25). It is predicted that it will be passed by Parliamentarians.