The airport, which is the UK’s twelfth largest, has increased its concession offering with this £2-million phase. 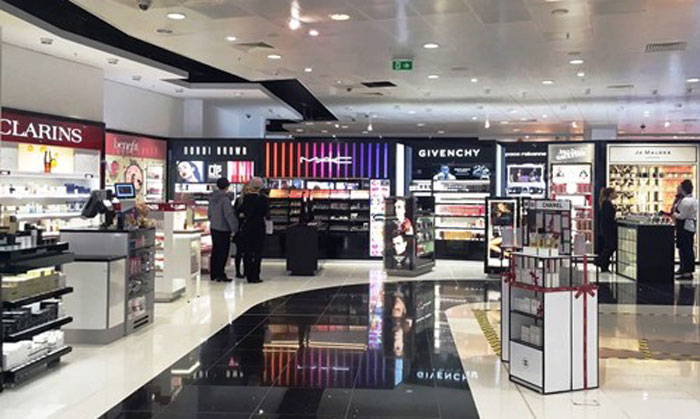 More than £5 million has been invested in a phased programme of improvements, which have been underway for the past 18 months and in the airport’s departure lounge.

This latest phase has cost over £2 million and saw an expansion and redesign of the World Duty Free retail area and the addition of a Traveller fashion store.

After works completed last year, a number of new retail brands started operating at LJLA, new shops, bars and restaurants open up and the refurbishment and upgrade of the upper floor of the Airport’s Departure Lounge. In addition, 13 new flight information screens were installed throughout the departure lounge.

This latest phase of work has introduced two of the high street’s biggest beauty brands to the airport for the first time with M.A.C. and Jo Malone dedicated areas now included within their store. Similarly, Traveller brings a number of major fashion houses to LJLA, including, Superdry, The North Face and Calvin Klein.

Lucy O’Shaughnessy, Liverpool John Lennon Airport’s Commercial Director commented, “These latest improvements have been completed just in time as we enter the busiest part of the year for the Airport, with hundreds of thousands of passengers expected to pass through during the busy summer months.

“Having listened carefully to our passengers, we now believe we have passenger facilities here at Liverpool which are up there with the best of any UK regional airport. When combined with our recognised Faster, Easier Friendlier approach, Liverpool John Lennon Airport now gives a passenger experience second to none.”

According to the airport,the local economy has benefited from these latest improvements too, with over 50 new jobs created over the past 18 months, following the introduction of these new and improved retail areas.