Posted: 30 May 2018 | International Airport Review | No comments yet

The ground has been broken on an expansion project that will see Denver International Airport’s (DEN) gate capacity increase by 30 per cent over the next three years. 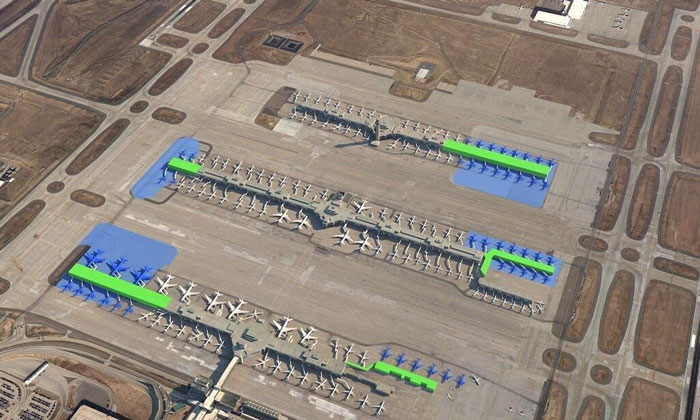 GREAT ENDEAVOUR: Denver International Airport is the fifth-busiest airport in the United States

The Mayor of the city, Michael Hancock joined DEN CEO Kim Day and several airline partners to officially mark the beginning of the expansion which will add 39 new gates by spring 2021.

Mr Hancock said: “The airport has experienced a tremendous increase in passengers, setting yet another record over the past year with more than 61 million passengers.

“This is Colorado’s No. 1 economic engine and we have worked hard to make it stronger by adding 11 new airlines, 13 new international destinations and 28 new domestic destinations since 2011.

“Today, the airport’s success is outgrowing the building and the enhanced capacity that comes with these new gates will allow for more flights, more destinations and more options for those travelling to and from Denver, all of which keeps Colorado’s economy strong.”

The new gates will be added to the end of each concourse, providing all of DEN’s airlines an opportunity to grow and for DEN to accommodate new airlines, including international carriers. All of the gates will be operational by spring 2021 with four gates opening on B-West by 2020. Below is the breakdown of the location of the 39 gates:

“The new gates are one of several major projects in our $3.5 billion five-year capital improvement program that will prepare DEN for the future,” said Ms Day. “We will not only increase capacity, but we will add more passenger amenities including food and shopping, charging stations and even outdoor space where you can enjoy Colorado’s beautiful weather and scenery.”