Posted: 24 May 2018 | International Airport Review | No comments yet

DFW received an Airport Improvement Program grant from the FAA totalling about $49.5 million for the runway work. 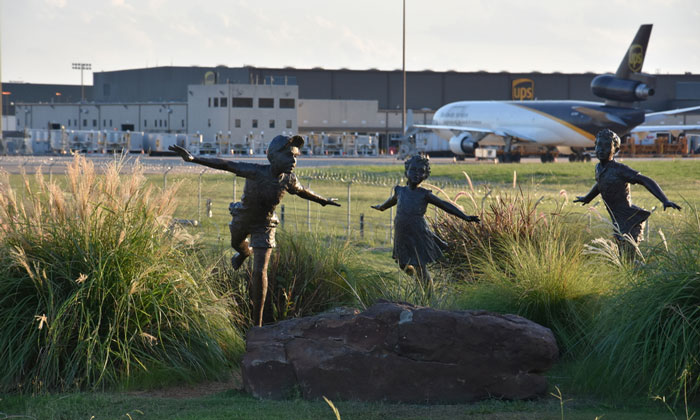 Dallas Fort Worth (DFW) International Airport, America’s fourth biggest airport, has begun a major infrastructure project to rebuild one of its busiest runways. The project for the refurbishment of Runway 17-Center/35-Center started today (May 24) with a partial closure, which will still allow the southern portion of the runway to be used during daylight hours. Full closure of the runway will start in August, with completion of the project slated for December.

DFW has worked with the Federal Aviation Administration (FAA) and its airline partners to reduce the time required to replace the centre third of the runway, using new construction techniques and taking advantage of seasonal air traffic patterns. DFW has six other runways that will allow airlines to continue operating a full schedule of flights. Travelling customers, the airport has said, should not experience significant delays due to the closure.

“This runway work is a critical need for DFW Airport, and the first major step in our ten-year plan to modernise infrastructure across the airport,” said Khaled Naja, Executive Vice President of Infrastructure and Development at DFW Airport.

“We’ve taken a long look at our 44-year old facilities and have developed a comprehensive plan to address the upcoming work on runways, taxiways, aircraft ramps, roadways and bridges over the next few years. We’re grateful to our partners in the industry and the community who helped us put together a plan that minimises the impact to our customers and our neighbours.”

Before the end of 2018, DFW will have replaced a section of the runway about 6000 feet long and 50 feet wide, reaching a depth of more than three feet of sub-base, cement-treated base and concrete.  The runway will be resurfaced with a polymer-modified high performance black asphalt, designed for strength, flexibility and weather resistance.

The project will include the installation of new technologies, including an updated pavement sensor system for measuring weather impacts and enhanced in-pavement lighting, which improves the safety of the runway and connecting taxiways. In addition, crews will also build connected portions of the planned perimeter taxiway for the northeast side of the airport.

The cost of the project will total about $135 million. DFW received an Airport Improvement Program grant from the FAA totalling about $49.5 million for the runway work.