The trial set out to tackle one of the biggest emerging threats for airports the world over – the rise in public use of drones. 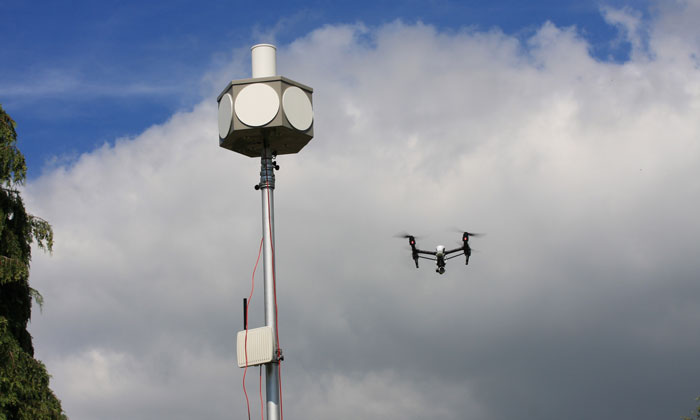 REACH FOR THE SKY: Many countries have brought in laws to govern how close drones are allowed to fly to airports

The fast rise in drone use over the last five years has created a fresh security challenge for airports worldwide. There are upwards of three to four sightings of ‘rogue’ drones per week in the London airspace.

Due to the size and colour of most drones they are very difficult to spot, however if one is sighted near the critical part of an airport operation (such as the final approach to the runway) then the only option is to completely stop operations. This most notably happened at Gatwick in July 2017, which led to delays for thousands of passengers and considerable costs to the airport.

Last week, London Southend Airport carried out the first trial of a drone-surveillance system in British airports. The purpose of the week-long trial was to demonstrate and test the ability of the IPS-METIS SKYPERION Solution to monitor, detect, track and record the activity of RPAS – Remotely Piloted Aircraft Systems – better known as drones, in the vicinity of London Southend Airport.

A series of ‘tame’ drones were deployed near the airport in order to test how the equipment worked in an ‘as live’ situation. The equipment involves two airfield sensors which offer 360-degree coverage up to 4kms – in all weathers, 24 hours a day – feeding back real-time information to a control ‘station’ located with the Air Traffic Control team.

Damon Knight, Head of London Southend Airport Air Traffic Services says “We do not have any outstanding issues with ‘rogue’ drone operations at London Southend, but we have had some sightings near the airport which fortunately have not affected our operations. However, we recognise that there is a wider problem for the aviation industry and so as an airport we have been very involved in understanding how we can deal with the issue and helping to explore ways to co-ordinate drone activity in the existing aviation operational framework.

“After being introduced to IPS and METIS and witnessing a live demonstration of their drone surveillance system we recognised the huge potential of the system for the whole aviation industry and so therefore invited both companies to undertake a trial in an operational environment here at London Southend.”

Glyn Jones, Chief Executive Officer of Stobart Aviation, owners of London Southend Airport said “When we heard about the potential benefits of this new technology for the whole aviation industry we were only too pleased for London Southend to lead the way and help in trialling it. We are delighted this week has been a success and look forward to seeing where this project goes next.”