If there was doubt about the value of outdoor advertising in the digital age still holding water, a new study may put it to bed after showing that 80 per cent of fliers take notice of the media they see passing through airports. 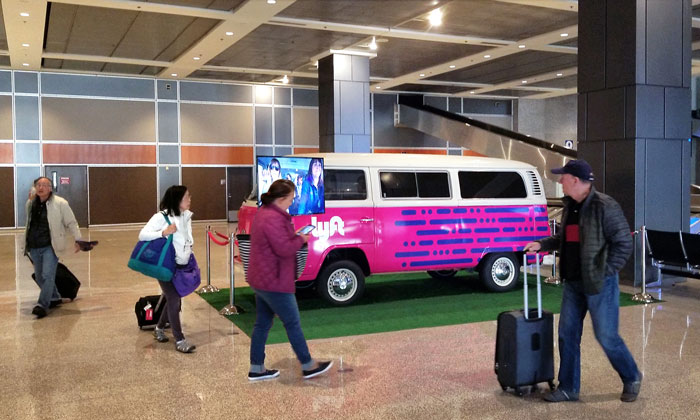 STILL GOT IT: A VW van display campaign in Austin-Bergstrom Airport

Forty two per cent of frequent fliers take action in response to advertisements they have seen in an airport, with 19 per cent going on to buy. This is according to the results of a consumer insights study carried out by Nielsen on behalf of Clear Channel Outdoor (CCO), an American advertising company.

The the study showed 80 per cent of frequent fliers noticed advertisements and 42 per cent took action that included visiting a website, going to a store or learning more about a product/brand/service.