Lufthansa Technik said the sites planned annual capacity is over 400 shop visits of PW1000G-series geared turbofan engines, which power the Airbus A320neo family of aircraft and other airliners. 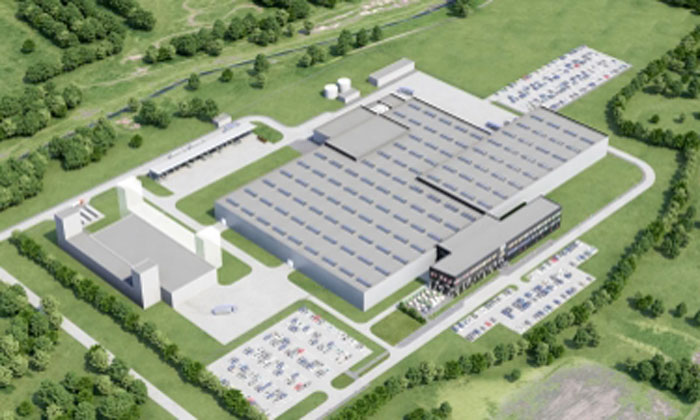 AEROSPACE MAINTENANCE: A rendering of the site

A joint venture between Lufthansa Technik AG and MTU Aero Engines AG is set to build one of the most advanced maintenance facilities in the aerospace industry in the village of Jasionka in Poland.

EME Aero (Engine Maintenance Europe), as the partnership is known, will start work on the project in May this year after it announced the purchase of a site for the shop in Poland’s Aviation Valley near Rzeszów–Jasionka Airport.

The two parties to the joint venture will invest a total amount of around €150 million in the region by 2020.

EME Aero’s facility will have a workforce of around 800 employees in the future and is slated to be up and running in 2020. The planned annual capacity is over 400 shop visits of PW1000G-series geared turbofan engines, which power the Airbus A320neo family of aircraft and other airliners.

On making the announcement this Monday (March 26), Derrick Siebert, EME Aero CEO, said: “Today, we have made a big step forward in our project of providing maintenance for an entirely new generation of commercial engines in Europe. We are very pleased.

“All the more so as the location in Jasionka in Poland’s Aviation Valley offers us the optimum infrastructure for our new MRO company.”

Uwe Zachau, EME Aero COO, added: “The acquisition of the land marks a key milestone for us. Now we can press ahead at full speed with the construction of the new joint shop.”

In 2013, work on an expansion of the Rzeszów facility commenced. MTU’s Polish subsidiary carries out development and production activities and is responsible for the assembly of the low-pressure turbine for PW1000G-series engines, a capability it added to its portfolio in early 2015.

For Lufthansa Technik, the new JV is the second move in stepping up its activities in Poland: In September 2017, the foundation stone was laid in Sroda Slaska for its joint venture company with engine manufacturer GE Aviation that will overhaul GEnx-2B engines and, later on, GE9X engines.

Lufthansa Technik also has many years of experience maintaining Pratt & Whitney engines. In July 2016, it became a member of the MRO network for the US engine maker’s geared turbofan (GTF). The network offers the full range of MRO services for PW1000G engines.