The Mayor of Chicago and two major airlines have announced their support for a multi-billion proposal to modernise Chicago O’Hare International Airport after a disagreement over gate numbers threatened to upset the project. 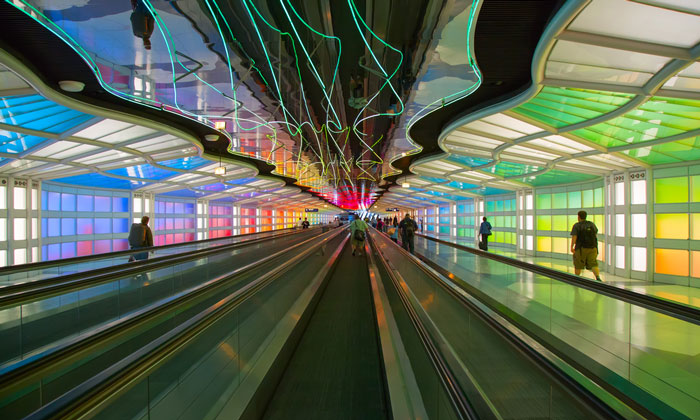 MAKE OVER: Chicago O'Hare modernisation project is set to go ahead

The airlines had previously been at loggerheads concerning their respective gate numbers, with the original plans seeing United getting five new gates. The quarrel was allegedly put to bed with the City of Chicago agreeing to speed up the construction of new gates planned as part of the new L-stinger extension, which will be available for all carriers to use.

According to the city, the number of gates assigned to each airline remains the same as the proposal introduced to City Council in February. The airlines and the Mayor came together on a joint statement in support of the US$8 billion plans.

“This agreement is a watershed moment for Chicago, and it means we will create tens of thousands of jobs for Chicagoans from every part of the city, generate billions of dollars in economic development and strengthen our city’s economy for generations,” said Mayor Emanuel. “O’Hare will compete with any airport in the world, and Chicago residents and visitors will have more options and a vastly superior travelling experience. I want to thank the airlines for realising the transformative potential of this project and being partners not just a new day for O’Hare, but a brighter future for Chicago.”

United Airlines CEO Oscar Munoz said: “As Chicago’s hometown airline, we welcome this bold vision for a modern O’Hare that will vastly improve the travelling experience and provide United’s 15,000 Chicago-based team members with the resources they need to deliver the best possible service, convenience and reliability to our customers. We applaud Mayor Emanuel for providing leadership and charting a future for O’Hare that will allow Chicago to compete and win on a global scale.

“This agreement not only gives O’Hare a competitive edge against other airports, but also ensures competition thrives between airlines, so that – in the end – customers win. We look forward to continue growing at O’Hare, which is already our busiest hub, and serving the City as one of the region’s largest private sector employers.”

“This landmark plan for a redeveloped O’Hare will transform the airport experience for travellers and allow American Airlines to continue to invest and grow in the city of Chicago,” said American Airlines CEO Doug Parker. “We are strongly supportive of this agreement because it is what is best for the city of Chicago, our 9,300 Chicago team members and our customers. Thank you to Mayor Emanuel for his commitment to ensuring Chicago is on the leading edge of airport innovation. The Mayor and his team worked tirelessly and creatively to structure an agreement that keeps competition thriving at O’Hare. We look forward to growing at O’Hare in the years to come.”​

Operations at Manaus International Airport handed over to VINCI Airports