A global architecture and design firm with a large back catalogue of airport builds has been chosen by the authorities at Canada’s second biggest airport to design a regional transit centre and passenger processing facility. 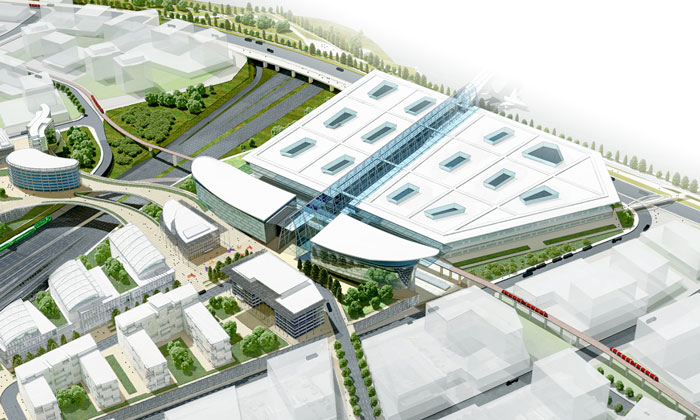 The GTAA estimates the first phase of the new facility could be in place as early as the mid-2020s. HOK is involved or has been involved in airport design projects across the USA, including Hartsfield-Jackson, LaGuardia and Salt Lake City.

In its most recent draft master plan, the GTAA forecasts that Toronto Pearson will grow to handle as many as 85 million passengers annually by 2037 and the GTAA is beginning the planning of the new facility to support this growth.

The planning will incorporate a regional transit centre to support the region’s connectivity. Toronto Pearson is located between three municipalities, four major highways and a number of planned and existing transit lines, and the Airport Employment Zone, the second largest employment zone in Canada. The GTAA continues to work with all levels of government to advance plans on priority lines connecting into the proposed regional transit centre.

“The success of Toronto Pearson as one of the world’s most significant international airports is a testament to the success of Canada and the Toronto region,” said Howard Eng, President and CEO, GTAA.

“We’re pleased to be working with HOK on the design for a new airport passenger processing facility that will enhance passenger experience. This new facility will not only help to welcome visitors from all over the world to Canada, it will also seamlessly connect them to towns and cities throughout southern Ontario.”

HOK’s work on the passenger processing facility and regional transit centre design will include all facets of phased development of future airport facilities to meet projected passenger growth. Toronto Pearson saw an estimated 47 million passengers in 2017. The development will provide appropriate passenger facilities, reduce road congestion in the region and provide greater access to jobs and customers for businesses in the Greater Golden Horseshoe.

“The Toronto Pearson regional transit centre represents the marriage of aviation and ground transit,” said Robert Chicas, AIA, director of Aviation + Transportation at HOK. “We look forward to collaborating closely with the GTAA to develop this new vision for a seamless link between the new multi-modal transit hub, the airport, and the Greater Golden Horseshoe region. This project will be transformational for Toronto Pearson by redefining the ‘front door’ of the airport, optimizing terminal real estate, positioning the airport for the future, and improving the passenger experience for millions of travellers.”

HOK will lead a design team that includes WSP Engineers and Weston Williamson + Partners, and design work will begin immediately. The process will include engagement with many different stakeholder groups, including airport partners, government, and local community members.