In an interview with International Airport Review, Howard Eng, President and CEO of the Greater Toronto Airports Authority (GTAA), explains that Toronto Pearson is exploring innovative solutions to growth challenges as it closes in on becoming Canada’s first mega hub airport. 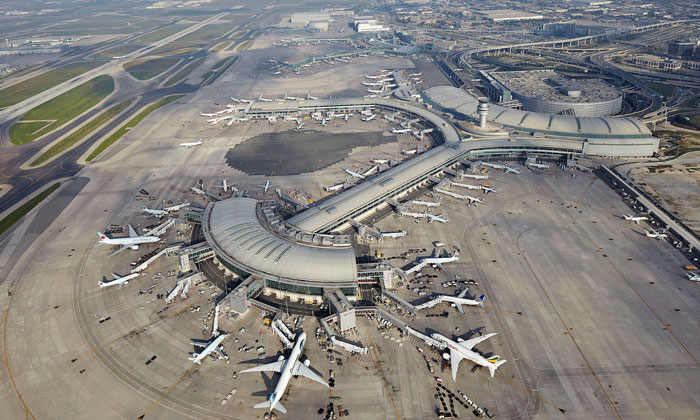 Toronto Pearson International Airport’s history stretches back to 1937 when the federal government acquired nine farms in the Malton area to serve as an airport site for the City of Toronto. Toronto Municipal Airport in Malton opened in 1938 offering two hard surface runways, one grass landing strip and a converted farm house for a terminal building. In the 80 years since, Toronto Pearson International Airport has evolved to become Canada’s busiest airport, North America’s number two airport for international passenger traffic and one of the country’s most signiﬁcant pieces of transportation infrastructure, welcoming 44. 3 million passengers in 2016 (+8.0% versus 2015), serving 180 destinations worldwide and connecting travellers to 67% of the world’s economy.

Toronto Pearson’s extraordinary growth to date is strongly linked with that of the Greater Toronto Area and Ontario at large. Some 49,000 people work at Toronto Pearson, and another 300,000 people work in the surrounding area – known as the ‘Airport Employment Zone’ (AEZ). In fact, the AEZ is the second-largest concentration of jobs in Canada after downtown Toronto. Toronto Pearson facilitates an economic impact of $42 billion and 332,000 jobs throughout Ontario, accounting for 6.3% of the province’s GDP. The airport handles about a third of Canada’s daily air passenger traffic, and 50% of the country’s air cargo is shipped from Toronto Pearson.

“There is a two-way relationship between air connectivity and the economic growth of the region,” says Howard Eng, President and CEO of the Greater Toronto Airports Authority (GTAA), operator of Toronto Pearson. “The airport not only contributes to Ontario’s prosperity, but also benefits from it.” Howard continues: “As exciting as Toronto Pearson’s growth story to date has been, the journey is just getting started. Our vision is to be the best airport in the world, and there are significant opportunities ahead that will allow us to strengthen our position as Canada’s doorway to the world and raise our profile on the global stage.”

On an upward trajectory

Toronto Pearson is on a journey to becoming one of the world’s top tier airports – a mega hub airport – in line with Dubai, Hong Kong, Amsterdam and other key international gateways. And of course, great airports and great city-regions go together, and the spin-off benefits of a mega hub are significant and would be widely felt across Ontario. A mega hub airport would give Canadians more destinations and international carriers from which to choose. By the mid-2030s, Toronto Pearson could serve up to 80 million passengers and connect travellers to 80% of the world’s economies through daily, non-stop services. Toronto Pearson’s evolution into a mega hub would also support significant jobs and GDP benefits in the surrounding regions. Forecasts indicate that by 2035 Toronto Pearson could facilitate 8.5% of Ontario’s GDP and some 700,000 jobs throughout the province.

“Adding around 40 million passengers in 20 years is certainly possible,” said Howard. “Just look at the stunning passenger growth over the last two decades or so at airports like Hong Kong, Frankfurt and Singapore. Toronto Pearson went from about 10 million passengers in the 1970s to about 20 million in the 1990s. Fast forward to 2016 and we more than doubled that to 44. 3 million. Our growth is only accelerating, and this opens up exciting possibilities for us to join the elite ranks of the world’s mega hub airports.”

Of course, Toronto Pearson is aware of the challenges associated with growth. For this reason, the GTAA has developed a strategy that takes into account key considerations such as earning permission to grow from the community, facilitating the movement of passengers through the airport, and working with government and industry associations to help support international passenger movements.

Easing road congestion in the region to help facilitate the movement of people and goods to, from and around Toronto Pearson is another high priority. Research shows a growing demand for transit in the West Greater Toronto-Hamilton Area (GTHA), a region currently under-served by transit but experiencing rapid growth. The West GTHA generates more than 4. 5 million trips per day, representing 35% of the GTHA’s trips. Only 7% of these trips are by public transit. Moreover, greater than 60% of transit trips require at least one connection, with more than 20% requiring two or more.

Toronto Pearson has proposed a regional transit centre located on airport grounds that will take advantage of the high concentration of travel demand generated by the airport and surrounding zone; provide an economically critical missing link in the regional transit system; connect people to economic opportunities in the AEZ; and provide networked transit service to many of the region’s most disadvantaged communities. The proposed regional transit centre will also stimulate ongoing, high-value economic activity beyond the AEZ, and support the reduction of greenhouse gas emissions and other pollution.

“Toronto Pearson is located between three municipalities, four major highways and a number of planned and existing transit lines,” explains Howard. “Even if Toronto Pearson didn’t exist, the location makes perfect sense for a ground transportation hub that can connect the surrounding region and effectively serve the transit needs of the West GTHA.”

“The benefits of improved ground transportation will create a stronger airport that is better positioned to bring the world to its passengers’ doorsteps,” said Howard. “But it is about much more than that; better transit options will create jobs, improve quality of life and contribute to the economic growth of the province and the country at large.”

Of course, it isn’t just Toronto Pearson or the GTHA that’s growing; air service demand across Southern Ontario is strong and expected to increase over the next quarter-century on the back of a booming population that will reach 15 million by 2043 and a GDP that will grow to $1 trillion over the same time period. The result will be more people who not only want to travel by air, but also have the economic means to do so.

Forecasts indicate that by the mid-2040s, demand could reach 110 million passengers per year. It is estimated that airports across the region can currently support 89 million passengers. As such, the province’s airports must work together to support the rising demand.

“Today is the time to start planning for tomorrow,” Howard said. “Aviation demand in the region will become greater and more varied than any one airport can reasonably accommodate. We can learn from global cities and regions around the world like New York, Los Angeles, Paris or London, where they have benefitted from a network approach to supporting air service demands.” With this objective in mind, 11 airports – Toronto Pearson International Airport; Billy Bishop Toronto City Airport; Hamilton John C. Munro International Airport; Kingston/Norman Rogers Airport; Lake Simcoe Regional Airport; London International Airport; Oshawa Executive Airport; Niagara District Airport; Peterborough Airport Region of Waterloo International Airport; and Windsor International Airport – have been working together over the last two years to align their efforts. Work to date has centred on how best to utilise airport infrastructure on a region-wide scale to meet future air travellers’ needs.

In May 2017 the group officially launched the Southern Ontario Airport Network with the short-term goal of completing a catchment and demand study of the region to identify opportunities for future growth in areas like charter, scheduled service and business aviation with an eye to the demands of local communities and markets. The network will also work to gain a comprehensive understanding of Southern Ontario’s ground transportation needs and develop actionable strategies for responsible and sustainable airport growth in the region. Howard concluded: “Collaboration is the common denominator across all of our activities. Working with the communities surrounding the airport to ensure sustainable growth, collaborating with government and other stakeholders on the regional transit centre, partnering with airports throughout Southern Ontario to ensure we’re ready for the future – these are very different projects but they’re all part of a driving philosophy at Toronto Pearson: If we’re not growing together, we’re not growing in the right way.”

HOWARD ENG has been President and CEO of the Greater Toronto Airports Authority (GTAA) since 2012. Prior to joining the GTAA, Howard served as Executive Director, Airport Operations at the Airport Authority Hong Kong. From 1993 to 1995, Howard was Vice President of Operations at Edmonton International Airport in Alberta, Canada. Prior to that, he held various positions within Transport Canada. Howard holds Bachelors’ degrees in Science and Commerce from the University of Alberta. 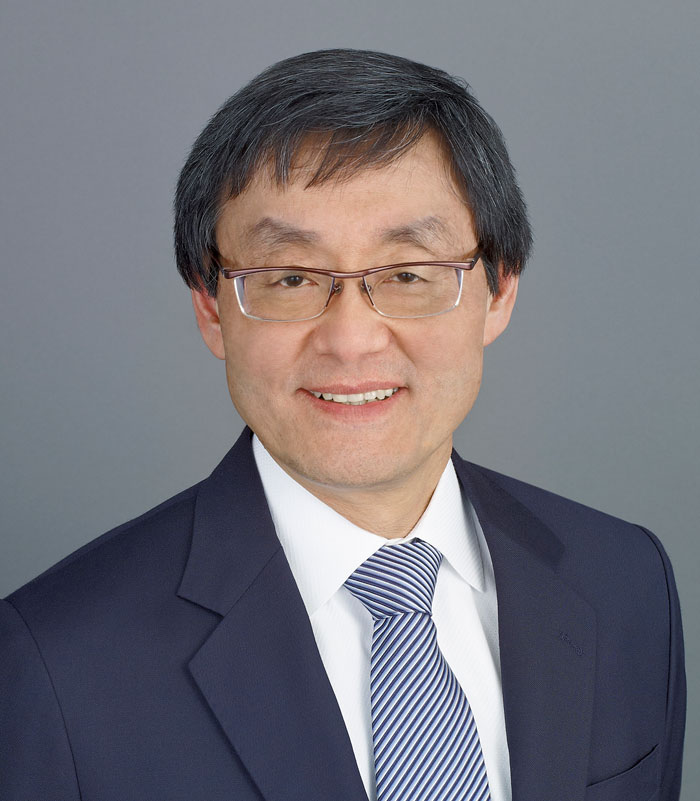