Heathrow routes to China add £510 million per year to UK

The CEO of Heathrow has used a report that highlights the economic significance of its routes to China to bolster the case for a third runway, saying it is “an opportunity the UK cannot afford to miss”. 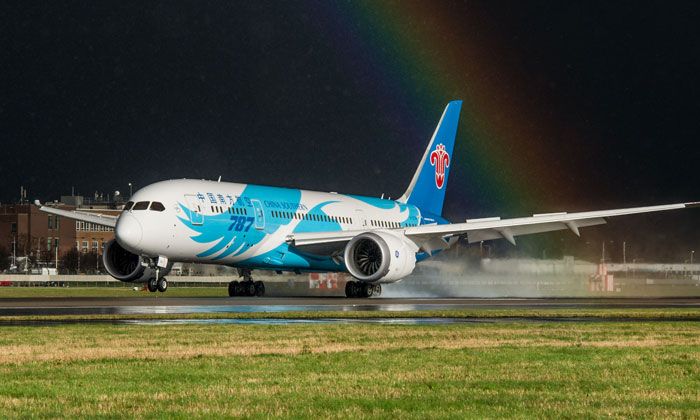 Flights to and from China and London Heathrow contribute £510 million every year to the UK and create 14,550 jobs according to research released today (January 30).

The Frontier Economics study, The Economic Impact of Connections to China, was prepared for Heathrow. It looked at the current impact generated by the 109 existing connections and how much adding one more each week to the routes might generate.

It found that one extra weekly flight on each of the five routes would provide a cash injection of around £16 million each year as a result of increased business travel, and stimulation for increased trade and investment between China and the UK. It would also support an additional 530 jobs.

The airport said that this report provided ‘a small taste of the the opportunities that will accompany up to 40 new long-haul routes and increased route frequency that Heathrow’s expansion will create’.

By far the most lucrative route was the between Heathrow and Hong Kong, generating £315 million over a year with 55 weekly flights or £110,000 per flight.

John Holland-Kaye, Chief Executive of Heathrow said: “Heathrow is proud of its role as a gateway to these vital Chinese markets; enabling global trade as the UK’s largest port by value, acting as a catalyst for thousands of jobs for the local community and contributing billions to the UK economy.

“Expansion of Heathrow is a chance to deepen relations between China and the UK; as the report highlights, just one extra route could contribute hundreds of jobs and millions to the UK’s GDP.

“As the country prepares to leave the EU and China’s economy continues to grow exponentially, this is an opportunity the UK cannot afford to miss.”

The planning process for Heathrow expansion is already underway, with the airport carrying out its first public consultation on its emerging plans starting this month. Parliament is expected to vote on a National Policy Statement in the first half of this year, which will set out the policy framework for Heathrow’s final planning submission.