The head of the only privately owned terminal at New York’s JFK airport has been headhunted to move to the opposite side of the world. 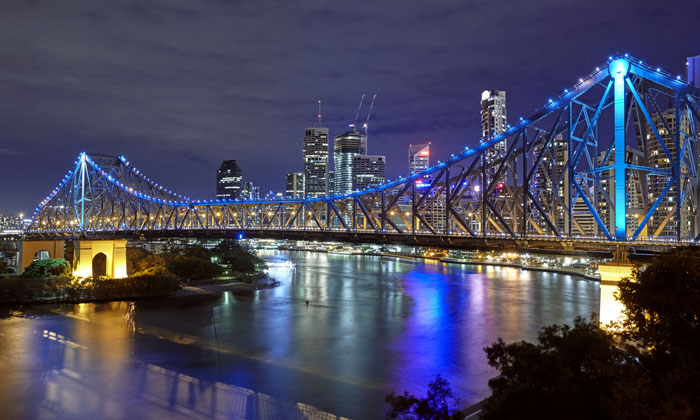 BIG APPLE TO DOWN UNDER: Brisbane is Australia's third biggest airport and sees roughly the same annual passenger traffic as JFK's Terminal 4

Mr De Graaff will replace Ms Julieanne Alroe who will retire from the company at the end of the financial year.

BAC Chairman David Peever said an extensive international search had been conducted to identify the right candidate to lead Brisbane Airport through what is expected to be an historic growth phase.

“Brisbane Airport is currently Australia’s third busiest airport by passenger numbers and aircraft movements and will, with the completion of its new parallel runway in 2020, be the best positioned airport in the country for domestic and international growth,” Mr Peever said.

“The Board’s focus is on ensuring that the company’s success continues to be derived from an airport that serves the needs of the travelling public, the aspirations of its commercial partners, and the interests of the community as a whole.

“Gert-Jan shares these values and we are confident that this, combined with his extensive international experience, will enable BAC to deliver on its considerable potential as a catalyst for economic growth for the city, region and nation.

Mr Peever said Ms Alroe would leave the airport well-positioned for the future. “Her time as CEO and MD of BAC has seen the airport transformed and recognised as one of the best in its class in the world,” he said. “For that we are all extremely grateful.”

Mr De Graaff said he was delighted to be returning to Brisbane Airport, where he held senior executive roles including General Manager Commercial Services and General Manager Strategic Planning and Development between 2007 and 2012.

“The opportunity to lead Brisbane Airport at such a critical and exciting time was too good to ignore,” he said. “The airport’s potential is exceptional, particularly in international markets, and I look forward to doing what I can to ensure that potential is realised.

“Returning to Brisbane, a place I came to love in my five years there, is also very exciting. The city, indeed the whole of Queensland, offers so much and I look forward to helping the airport play its vital role in the growth of business, trade and tourism.”

Mr De Graaff is currently President and CEO of JFKIAT LLC which operates JFK Airport’s international Terminal 4, which handled just over 22 million passengers last year. He has been in that role since 2014.

Prior to that he held a variety of senior roles in Brazil, Stockholm-Arlanda Airport in Sweden and Amsterdam Airport Schiphol in the Netherlands.

BAC’s current CEO and MD Julieanne Alroe, who has led the airport since 2009, is retiring from the company at the end of June 2018.