The airport, which saw more than 10 million passengers last year, partnered with a private company to build the farm, meaning it did not pay anything for the construction. 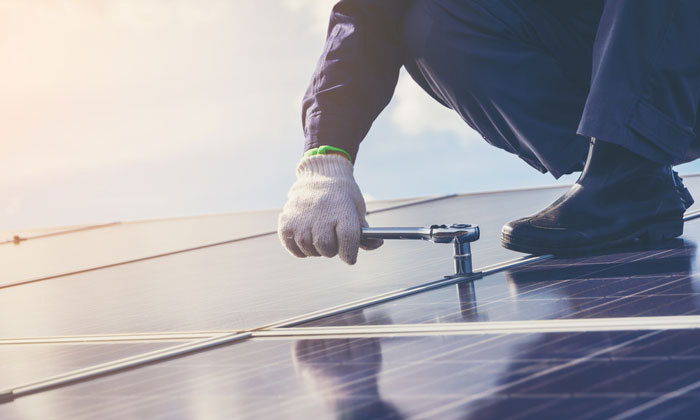 Sacramento International Airport will now use more than 30 per cent solar power with the opening of a new facility.

The 7.9-megawatt solar farm consists of a 15-acre east site on Aviation Drive and a 20-acre site north of the runway. The facility is comprised of more than 23,000 LG solar panels mounted on NEXTracker racking that tracks the sun’s path from east to west over the course of the day, maximising efficiency and energy production.

The electricity generated by the facility is enough to power 1,600 homes a year.

In mid-December, airport officials and community representatives gathered at the site to celebrate months of hard work and collaboration.

The airport had no costs for construction. The capital investment was provided by NRG, which financed construction by Borrego Solar. NRG owns and operates the facility and will sell electricity to Sacramento International Airport at a reduced rate under a Power Purchase Agreement (PPA).

Projected cost savings from the project are an average of $850,000 annually throughout the 25-year term of the agreement.

“This is an exciting development for the Sacramento International Airport. By partnering with a private company, we have a source of clean, renewable energy that will save money and furthers our commitment to sustainable practices,” said John Wheat, Director of Airports for the Sacramento County Department of Airports. “It’s truly a win-win scenario.”

“Over 10 million travellers fly in and out of Sacramento Airport each year who will now be able to see the value of solar at work and witness the airport’s commitment to clean, reliable, renewable energy,” said Kevin Prince, Sr. Director of Business Development, NRG Renewables. “The airport and county had the vision to embrace solar technology. With this system now operational, we can offset one-third of the airport’s annual load and, on certain days like today, offset the entire electricity needs of the airport.”

“By adopting solar, Sacramento Airport has not only made a prudent financial decision, but has also taken action to reduce its environmental impact. The solar energy produced over the life of the system will offset nearly 289,000 metric tons of harmful carbon dioxide equivalents – this is the same amount that would be offset by taking nearly 62,000 cars off the road,” said Jackie Pitera, a senior member of Borrego Solar’s project development team.

“I want to congratulate airport leadership on a successful project and working with our operations team and NRG to get a solar project up and running in just six months of construction.”