Misdirected passengers could cost UK airports as much as £50,000 under Home Office proposals currently up for consultation until January 19. 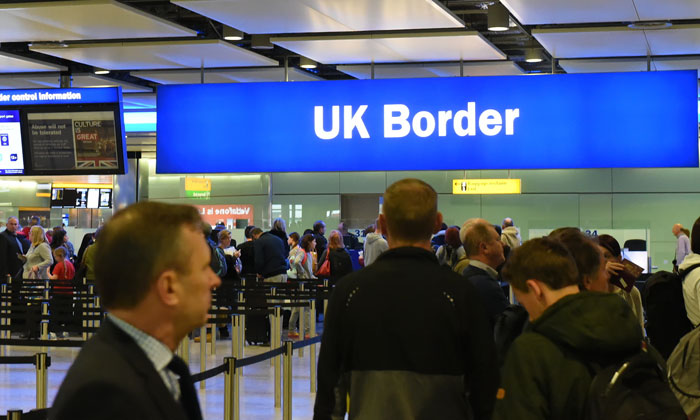 UK BORDER: There is an existing criminal offence for a port operator or carrier failing to direct passengers properly but the UK Home Office's said a penalty is a better deterrence

Airport operators, carriers and other interested parties have just two weeks to have their say on proposals to impose a civil penalty of up to £50,000 on those responsible for ‘misdirecting passengers’.

The Home Office’s Misdirected Passengers new civil penalty: Codes of Practice Government consultation defines misdirected passengers as “passenger who has failed to disembark from a flight within a prescribed control area and/or has not been subject to the conditions or restrictions to be observed within it before exiting that control area”. It proposes to create a civil penalty and to place the liability for the payment of that penalty on the airport or carriers involved.

The consultation was opened in November and will end on the January 19. The full document together with a questionnaire is available on the UK Government’s website.

In his introduction to the consultation, Brandon Lewis MP, the Minister of State for Immigration, said: “Immigration and security checks on all passengers arriving in the United Kingdom are a fundamental element of a secure border. Passengers arriving in the UK on scheduled flights must be directed to the arrival airport’s immigration control to be cleared for entry to the UK. There are a small number of cases where this does not happen and passengers are not presented to Border Force. Such passengers have been ‘misdirected’.

“The Government recognises that this is not a problem of deliberate attempt to circumvent immigration control. Misdirections occur because mistakes are made in the handling of these passengers on arrival, and some airlines and airport operators are simply not investing enough to build failsafe processes.

“However, by creating circumstances in which passengers can bypass immigration controls, the integrity of the UK’s border is undermined. Border Force takes recovery action to locate the passengers and undertakes checks retrospectively on every misdirected passenger, creating considerable extra work.

“The Government must therefore find an effective way to manage this risk and bring down the number for misdirections. This is why the Government introduced provision for a new
civil penalty for occurrences of misdirected passengers in the Immigration Act 2016.

“The civil penalty will be supported by two codes of practice which will provide guidance to prevent misdirections from occurring and factors to be taken in to account when deciding the level of penalty. By issuing a code of practice for the sector to follow, Border Force have a mechanism for working with port operators and carriers to review and help improve operating practices.”

Reported in the UK newspaper The Telegraph, a spokesman for the Airport Operators Association (AOA) said border security was a top priority for UK airports: “That is clear from the fact that a tiny fraction of the 268 million passengers travelling through airports yearly are misdirected and the fact that the number of incidents has come down in recent years.

“We are committed to working with airlines, ground handlers and Border Force to continue to improve on this excellent record. We do not believe that the proposed civil penalty should be part of that ongoing work.

“It is disproportionate, given the numbers of passengers involved and the industry’s track record in this area combined with our commitment to continue to improve.”