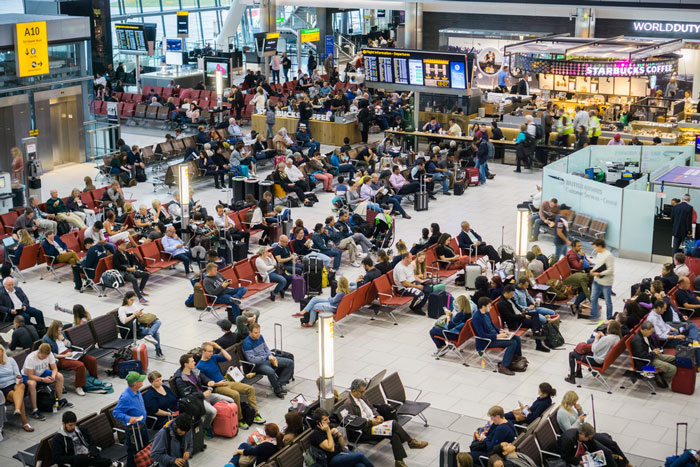 NO REST: Heathrow Airport has been on the up for a year.

The mega-hub recorded a boost in passenger numbers to more than 6.5 million passengers in October. This is an increase of 2.8 per cent on last year.

The Middle East has been the fastest growing market for Heathrow, increasing 11.8 per cent as larger, fuller aircraft bring more passengers from the region.

Closer to home, domestic travel was on the up with additional FlyBe services, leading to a surge of 2 per cent as regional airlines transported an extra 20,000 flyers.

It was also the busiest cargo month in Heathrow’s history. For the first time, more than 150,000 metric tonnes of cargo travelled through. This means that cargo volume levels have been at record level for 15 months in a row, up 9.2 per cent on 2016.

Heathrow recently launched its Blueprint for Sustainable Freight, outlining practical steps the airport proposes to take to address the impact and number of freight vehicles around the airport whilst continuing to increase cargo volumes.

Heathrow CEO John Holland-Kaye said: “Record passenger and cargo figures underline Heathrow’s position as a critical national asset.  We remain on track to expand Heathrow in a way that is affordable, financeable and which meets all our environmental obligations, securing Britain’s place as one of the world’s great trading nations in the early years of Brexit.”