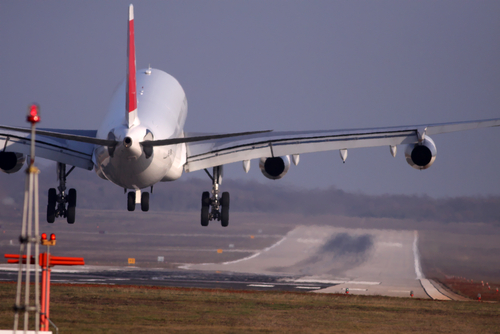 A report commissioned by air service provider NATS has revealed the potential economic benefits of enhanced air traffic control in the Middle East. The independent report, undertaken by Oxford Economics, suggests an estimated $16.3 billion worth of economic benefits can be achieved in the next ten years by delivering enhancements to air traffic control systems in the Middle East. This is the first such report to have been undertaken into the impact of investment in regional air traffic control management.

With aircraft fleets across the Middle East forecast to grow at an annual rate of more than 10 percent over the forthcoming decade, skies above the region are becoming increasingly congested. According to the Oxford Economics report, $16.3 billion in economic benefits can be generated by avoiding a doubling in delays over the course of that period. The congestion also represents a significant threat to the two million jobs that depend on aviation and, more generally, to the $116 billion regional aviation economy. Of the $16.3 billion surplus potentially available, 44 percent (or $7.2 billion) would be realised by passengers and 56 percent ($9.1 billion) to airlines (through faster travel times).

According to the Oxford Economics report, the region’s available airspace has not kept pace with the huge growth in aviation and government’s investment into increasing trade and tourist flows. In addition to approximately half the airspace in the Middle East being reserved for military flights, the number of handovers that take place between different authorities in different divisions of airspace can lead to additional delays. Although the report notes that the challenges faced are clearly recognised throughout the region, it goes on to say that ‘the pace of progress often does not meet the pace of continued traffic growth’.

$16.3 billion of economic benefits can be achieved in the next 10 years by delivering enhancements to air traffic control

The report, alongside data from NATS and EUROCONTROL, calculated the average flight in the region was delayed by 36 minutes with 82 percent of those delays attributed to air traffic control capacity and staffing issues. The report stresses, if no further action is taken on developing air traffic control systems delays could escalate to 59 minutes at a cost to the region of $16.3 billion.

John Swift, Direct, NATS Middle East, said: “This report highlights a clear economic case for much greater institutional, operational and technological investment in air traffic control systems across the region. It reveals that there are huge economic benefits available for airports, airlines and travellers, but also significant risks for governments in an increasingly competitive marketplace.

“As the Middle East diversifies its economy and focuses increasingly on international trade, ensuring that aviation is up to world class standards is vital. The region has made huge strides in investing in aircraft and infrastructure – it is critical, though, that the ‘invisible infrastructure’ of airspace is not forgotten. Increased collaboration between civil aviation authorities and the private sector will go a long way to closing that gap.”

Kareen El Beyrouty, Senior Economist, Oxford Economics, said: “We have a strong and proud track record for independent and objective analysis and we are pleased to have had the opportunity to study air traffic management in the Gulf region. We are not aware that such a study has previously ever been conducted in the region, certainly not in as much detail, and the sheer scale of the findings has surprised us. We very much hope it will be welcomed by the aviation industry and aviation authorities and that it helps to guide forward thinking on this topic.”

The independent report, Economic benefits of improvements to Middle East Air Traffic Control, can be found in full here.

John Swift, Director at NATS Middle East, talks to international Airport Review about anticipating significant regional challenges in air traffic control the Middle East and suggests ways in which to address them. The full article can be found here.