CANSO, the Civil Air Navigation Services Organisation, wishes to provide a clear assessment of air traffic delays in Europe and what the air traffic management industry is doing to address them. 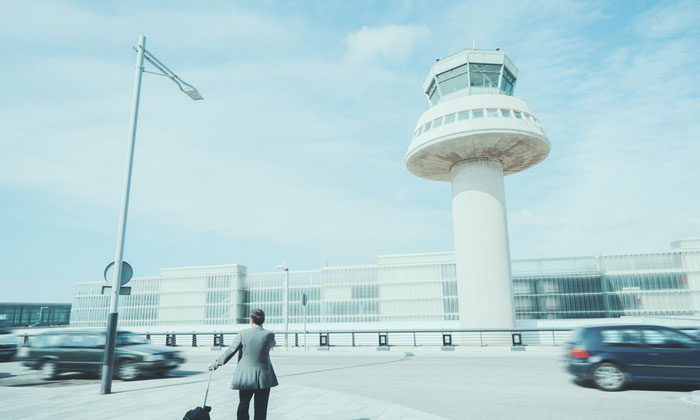 While there are delays in some States, there are many air navigation service providers (ANSPs) that are performing well and the overall trend over the past 12 months has seen continuous improvement. However, unexpectedly high traffic this summer caused some shortfalls in air traffic management (ATM) capacity in Europe. CANSO therefore advocates some clear measures for improving capacity and reducing delays across Europe.

Jeff Poole, Director General CANSO, said: “Over the past two decades, we have coped safely with growing air traffic in Europe but the current ATM system is showing clear signs of a shortage of capacity in some countries. ANSPs have been required to reduce costs under the regulatory requirement of the European Commission, so they do not always have funding to modernise ATM and recruit appropriate numbers of staff. It is important to remember that the primary purpose of air traffic management is the safety of aircraft and their passengers and crews. While there is a desire to increase capacity we must ensure growth is handled safely. It is in this context that the ATM industry in Europe is taking steps to reduce delays and enhance efficiency while further enhancing safety and striving to keep costs down. These steps include: providing more flexibility for planes to fly their chosen routes; and implementing new technology and procedures to improve capacity. We also need States to ensure there is adequate funding to modernise ATM infrastructure and recruit and train staff. To achieve these steps it is vital that all parts of the aviation value chain – airlines, airports, governments, EU institutions – work together in partnership to address the capacity challenge.”

Some airlines have expressed concerns about air traffic delays in Europe this summer. However, the figure that has been selected for use, which shows a delay of 12 percent compared with 2016, is for July only, whereas the rolling 12 months trend shows continuous improvement since July 2016. ANSPs in Europe are determined to continue the overall downward trend in delays so it is worth looking at the reasons for the increased delays in July.

One reason for delays this summer has been higher than expected volumes of traffic with some days seeing almost 36,000 flights across Europe, almost 1,000 more than in 2016. Unexpected increases in demand often mean that ATM does not have the necessary capacity and staff to handle the extra traffic. Staffing of ATM and building the necessary infrastructure involve long term planning due to the long time required to train ATCOs and to develop, fund and implement new infrastructure. Due to this long term scenario, ATM services cannot be increased at short notice. In addition, ANSPs strive to keep costs as low as possible for their airline customers so are careful not to provide more capacity than needed. Because this summer’s traffic was higher than the long-term forecast on which the ANSPs were required to plan their capacity on under the EC performance regime, it meant some ANSPs had difficulties handling the extra traffic.

Another cause of delay is if a plane flies a longer and less direct route. There are several reasons for this: sometimes weather related; sometimes governments close large parts of airspace for military reasons; and sometimes airlines choose to fly in a certain country’s airspace because the en-route charges are lower than the neighbouring country. Sometimes an airline is offered a re-route to fly around a capacity bottle neck but they prefer to remain on the ground and take the delay rather than spend money on additional fuel. CANSO’s Member ANSPs have taken significant steps to allow planes to fly the most direct route through a system called free route airspace that allows pilots to choose the routes they want rather than the old system of flying along pre-ordained ‘motorways in the sky’ and via designated waypoints.

Modernising ATM is the key to match capacity to demand. The Single European Sky ATM Research (SESAR) Joint Undertaking is a platform for aviation stakeholders in Europe to improve efficiency in ATM, safely and sustainably, capable of coping with future traffic increases. SESAR develops a new concept of how to manage air traffic based on leading edge technology and standardised systems. The main element is the system-wide information management of flight data. The SESAR elements are being deployed over the coming years in clearly defined implementation projects such as the point merge technique; remote air traffic control towers; time based separation; extended Horizon Arrival Manager (AMAN); and airport safety tools. SESAR will improve efficiency and reduce delays.

Jeff Poole concluded: “The ATM industry fully recognises the need for a robust and resilient air traffic management system in Europe and is doing everything it can to solve the capacity challenge and reduce delays. To do this it needs the full support of all aviation industry stakeholders working in partnership. States must ensure funding for ATM infrastructure and overcome political and institutional barriers to effective trans-European air traffic management, while airlines need to be clearer and more realistic about whether their priorities are costs, capacity, delays or customer service.”