More than 5.6million international passengers passed through Brisbane Airport between July 1 2016 and June 30 this year, representing a seven per cent increase and the greatest growth for the Australian airport in a decade. 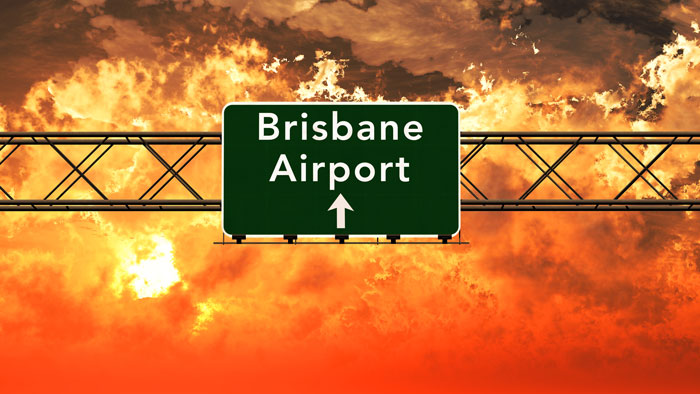 On the up: Brisbane Airport experiences 7 per cent growth in international footfall

The figure dwarfs the increase in domestic travel of 0.2 per cent, traffic which Brisbane Airport staff say may have been heavily influenced by March’s Cyclone Debbie.

Overall passenger numbers, including domestic, grew by nearly 2 per cent to more than 22.8 million in the financial year 2017.

International fliers represented a quarter of all traffic at Brisbane Airport. Services to Canada saw the biggest boost with 97 per cent more fliers.

The numbers are recorded over the Australian financial year which runs between July 1 and June 30.

“The real gains this year have been made through the increase in international travel which has been stimulated by a 7.9 per cent boost in overseas flights, two new destinations and the addition of more than 425,700 seats to and from Brisbane in the financial year 2017.

“The addition of China Eastern flights between Brisbane and Shanghai, new Malindo Air Kuala-Lumpur-Denpasar-Brisbane flights, and consistently high loads have contributed to this great result.

“Major events like Wallabies v South Africa and State of Origin matches in Brisbane, the Gold Coast Marathon and the Battle of Brisbane drew significant crowds to Brisbane from both domestic and international markets.

“The number of domestic destinations on offer also increased from 44 to 50 in FY17, making Brisbane the most domestically connected airport in Australia,”

The future of Brisbane Airport

New routes opening between Australian and foreign cities over the coming months have given staff at the airport hope that the trend for growing footfall will continue into next year.

Brisbane Airport’s domestic network will further grow however, with the addition of flights to Inverell and Wollongong in coming months.

Where do they come from?

As stated earlier, the top growth market for the international hub was Canada with 97 per cent more passengers, but other destinations also saw a marked rise in popularity.

Footfall to and from Taiwan jumped by 31 per cent, Japan by 13 per cent and the UK and Ireland by 7 per cent in the financial year.

Air Canada’s launch of the daily Vancouver-Brisbane service brought Canada into the top-ten visitor markets for the first time.

From October last year, additional direct capacity to and from Taipei drove the growth in Taiwanese visitors. Numbers are expected to rise further and travellers from the island nations may rival the Japanese for the sixth spot by the end of next year.

The airport cites the screening of the Great Barrier Reef with David Attenborough in London by Tourism Australia as one of the possible reasons for the greater numbers of UK visitors as well as aquatic and coastal campaigns.

At the start of FY17 BNE was directly connected with 27 international destinations, and 29 by the end of the financial year.

The busiest day at the International Terminal was on 7 January 2017 with a record 20,760 arrivals and departures.

The greatest monthly passenger growth was experienced in April 2017, with 65,813 additional travellers.

During FY17, the number of destinations on offer increased from 44 to 50, with Norfolk Island reclassified as domestic and the addition of Armidale, Narrabri and Moree in August 2016 and Orange by Fly Corporate and Wagga Wagga by Jetgo in February this year.

Sydney, Melbourne and Newcastle city pairs were the strongest growth markets by passenger volumes with a growth to and from Newcastle of 30,800 passengers only slightly below Melbourne passenger growth of 32,500, driven by additional capacity.

Traffic volumes between Brisbane Airport and New South Wales (5.39 million) surpassed traffic volumes between regional Queensland and BNE (5.22 million) for the first time since FY11 – a year before the peak of the mining boom – with growth to and from Sydney and Newcastle accounting for 55.5 per cent and 20.8 per cent of overall growth.

Strongest intrastate growth was on the Cairns-BNE city pair, which also ranked fourth among all domestic routes. Cairns services achieved the highest load factor (83.1 per cent) among the top 10 domestic city pairs.