Crime-fighting police drones and heavy cargo delivery drones the size of a single bed will be among the first vehicles to fly from the site. 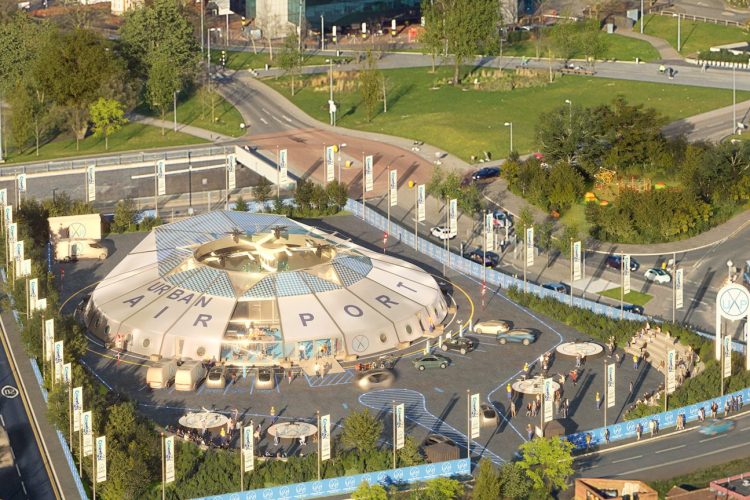 Urban-Air Port® – backed by the UK government and supported by Supernal – will operate Air-One® in the heart of Coventry for at least one month. Air-One® will provide a blueprint for more than 200 vertiports planned worldwide by Urban-Air Port® over the next five years to meet growing demand.

The advanced air mobility (AAM) market is set to take off, with forecasted growth of 9 per cent annually to reach USD $1 trillion within the next two decades. Despite a booming market and a strong pipeline of eVTOLs entering commercial operations this decade, the lack of ground infrastructure remains one of the single biggest barriers to growth, according to analysis by NASA.

Air-One® will demonstrate how purpose-built ground infrastructure can unleash the potential of AAM to decarbonise transport and cut air pollution and congestion, whilst providing seamless passenger journeys and deliveries. 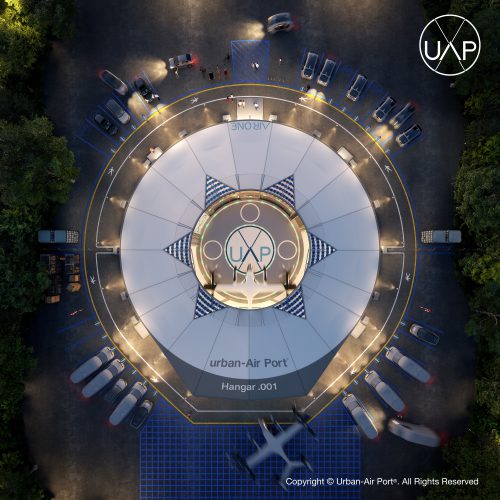 Ricky Sandhu, Founder and Executive Chairman of Urban-Air Port®, said: “The opening of Air-One is a momentous moment – the starting gun for a new age of transport, an age of zero-emission, congestion-free travel between and within cities that will make people healthier, happier and more connected than ever before. Cars have roads. Trains have rails. Planes have airports. Now, eVTOLs have an Urban-Air Port.

“From design, through to fabrication and now into operation, Urban-Air Port has delivered Air-One in just 15 months, setting the standard for deployment globally and opening up a world of possibilities for rapid response air mobility. Air-One is just the first model in our infrastructure fleet and our order-book is not only open but already growing. The interest is turning into recognition of the need for our technology and into demand.”

Minister for Aviation, Robert Courts, said: “British innovation has a rich history of transforming global transportation, from the creation of the railroads in the 1800s, to the growth of great British brands such as Jaguar, Triumph and Rover in the 1950s.

“The opening of Air-One, backed by government funding, will revolutionise the way people and goods travel across the nation. This step forward puts Britain at the vanguard of clean transport, bringing investment and high-skilled, green job opportunities to the nation, while levelling up opportunity in the Midlands.”

Urban-Air Port® is accelerating its plans to develop 200 vertiports worldwide, and the company’s order book for additional sites is growing, with vertiports already planned in the UK in the West Midlands and London, and internationally in the United States (Los Angeles), Australia, South Korea, France, Germany, Scandinavia and South East Asia.

Mike Whitaker, Chief Commercial Officer of Supernal, said: “Air-One serves as a valuable, tangible asset to helping build stakeholder confidence and trust in emerging mobility technology and supporting systems. The Coventry demonstration is an important first step forward to reimagining how people across the world will move, connect and live. Developing a scalable system to support advanced air mobility operations requires collaboration from all industries and corners of the world. Supernal’s support of Urban-Air Port reinforces our belief in fusing technology and innovation to enable humanity and society to reach new levels of potential.” 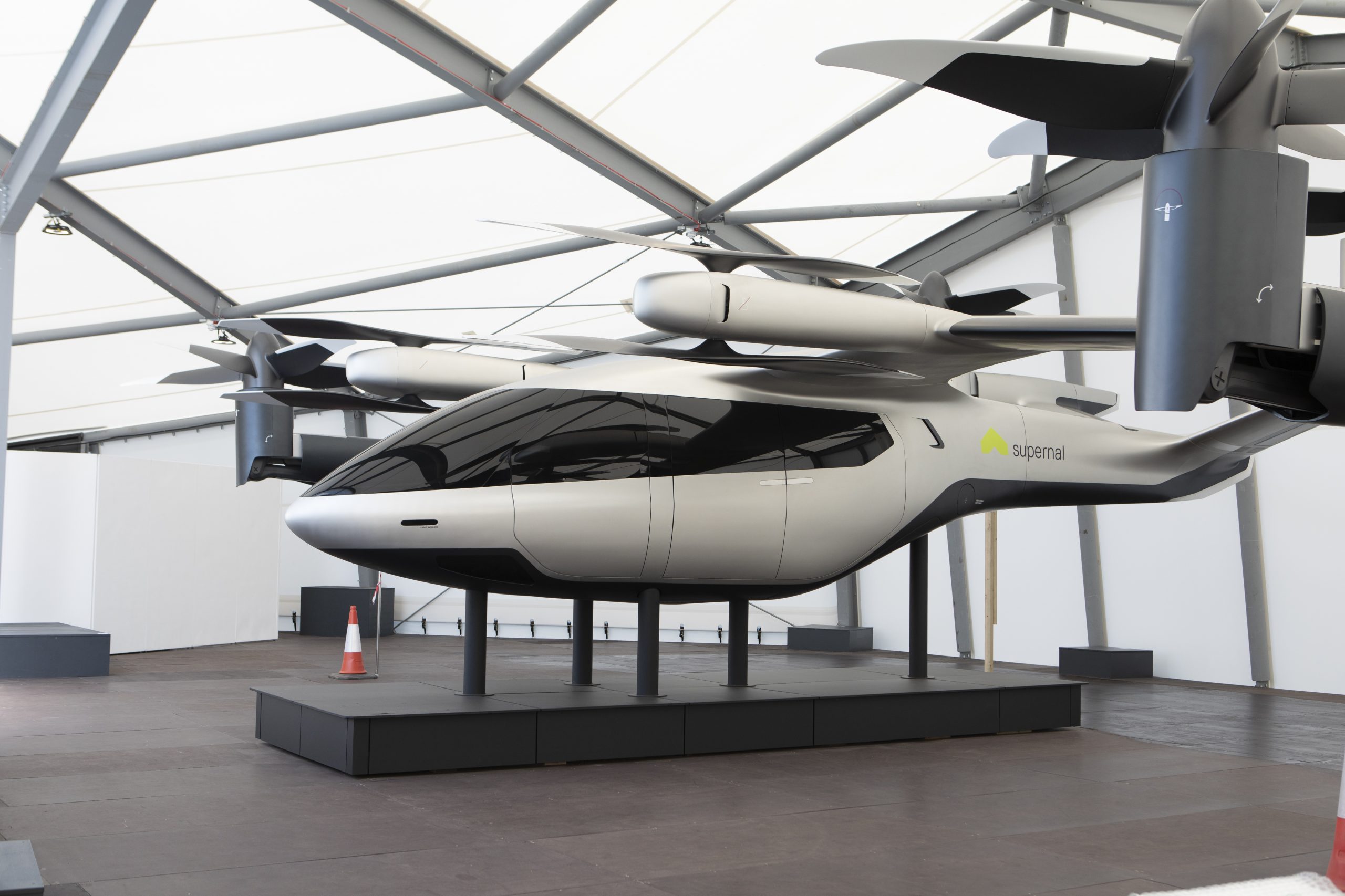 Showcasing the future of flight

Air-One® will demonstrate aircraft command and control, eVTOL charging, cargo loading for unmanned drones, and will host demonstrator flights. West Midlands Police and Skyfarer will be among the first to operate flights from the site, showcasing how Urban-Air Port®’s vertiports can provide drone bases for “sky protection” and high-value cargo deliveries in the near future. Flights of large cargo drones will also be demonstrated by UK-based drone developer, Malloy Aeronautics – the first time a drone of this size has flown in such a dense and built-up urban environment. Acting as a single solution to support the uptake of zero-emissions transport, Air-One® will also host charging infrastructure for other modes of electric transport, including electric vehicles from some of the world’s biggest and most well-known automotive brands, to seamlessly integrate low carbon transport. A series of public engagement events at Air-One® will also bring future air mobility to life for the public and form part of Coventry’s City of Culture celebrations.

Coventry University’s National Transport Design Centre, part of the research Centre for Future Transport and Cities, has played an important role in shaping Urban-Air Port’s customer journey through cutting edge user-centred design expertise. Researchers have worked to ensure Air-One®’s design is accessible, easy to navigate and a pleasure to use, and Coventry University will continue to collaborate with Urban Air Port® to further public understanding and acceptance of the new technology.

As announced in October 2021, Urban-Air Port® and the international business division of Munich Airport – one of the world’s leading airport operators – will closely cooperate on the launch of Air-One. This partnership will help ensure that the vertiport project becomes a blueprint for future vertiport deployments in multiple environments and settings.

Coventry was chosen for the site due to its location in the heart of the UK – with most parts of the country within four hours of travel – and its historic leadership in the automobile and aerospace industries. A series of public engagement events at Air-One® will bring future air mobility to life for the public and form part of Coventry’s City of Culture celebrations.
Following the programme in Coventry in Summer 2022, Urban-Air Port® will redeploy Air-One® to other locations in the UK and internationally to undertake a variety of demonstrations in different environments and settings, establishing the global standard for ground infrastructure.#

Urban-Air Port®’s vertiports are designed to be highly flexible, catering to four different markets: passenger air taxis, autonomous delivery drones, disaster emergency management and defence operations and logistics. They can even be deployed at short notice to enable drones and other eVTOL aircrafts to collect and transport emergency supplies, equipment and people in disaster situations such as floods or earthquakes and can be operated completely off-grid using on-site hydrogen fuel cell, zero-emission generation.

Urban-Air Port® will generate revenue through an infrastructure-as-a-service model, enabling customers to decide the level of service they require. This can include simply purchasing Urban-Air Port® infrastructure, through to a full-service offering that includes site-specific design development and ongoing operations and maintenance for their ground, air and digital infrastructure solutions.

As part of its mission to deliver a “world-class” customer experience at Air-One® and demonstrate the potential of non-aeronautical revenue streams to support a rapid global rollout, Urban-Air Port® has partnered with leading brands – Anatomie, Bottega S.p.A., Eurest (part of Compass Group), LG Business Solutions, Mother and Paul & Shark – to demonstrate a retail and food & beverage (F&B) experience under the company’s new retail and F&B brand, ‘Urban-Air Choice’.

Air-One® is located at Westminster Car Park, in the centre of Coventry (CV1 3fZ).