Bournemouth Airport has become the fastest developing cargo airport in the UK, with the official launch of Cargo First, its dedicated cargo handling service. 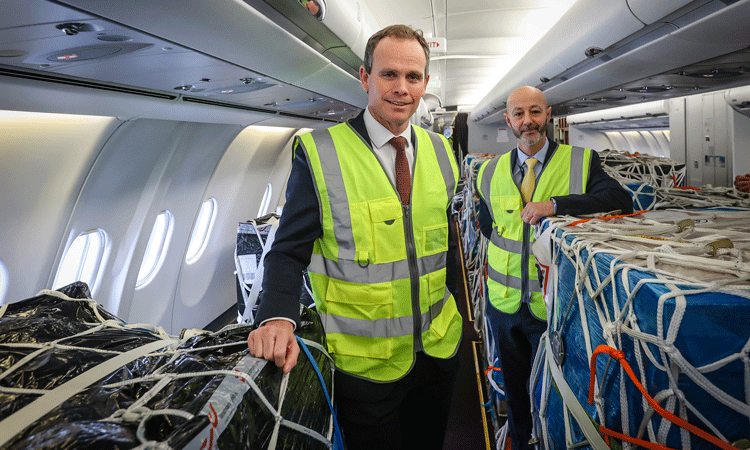 Bournemouth Airport is cementing itself as the fastest developing cargo airport in the UK, and the one of the country’s newest trade links, with the official launch of its dedicated cargo handling service, Cargo First.

From a standing start with almost no cargo in April 2020, Bournemouth Airport (BOH) will see 20,000 tonnes of throughput by the end of March 2022, which makes it the fastest growing UK cargo hub based on 2020 statistics, and on the verge of breaking into the UK’s top 10 busiest cargo airports. The airport is playing a central role in enabling commercial exports from the UK to the U.S. with European Cargo Limited, which now operates a fleet of wide body cargo aircraft. It also provided relief during the COVID-19 pandemic, bringing in hundreds of millions of items of PPE and test kits to the UK.

Andrew Bell, CEO, Regional and City Airports said: “The launch of Cargo First consolidates the critical work of the team at Bournemouth Airport during the past two years. We quickly recognised the opportunity to stand up a new trade lane and facilitate exports from the UK to the U.S., as well as supporting the temporary demand for PPE and test kits.

“Cargo First is well connected to London by road and we can have consignments in the market faster than through hub airports. Additionally, our unique One Team approach means our customers don’t have to deal with multiple vendors, giving them greater simplicity, efficiency, and speed-to-market.”

Privately owned as part of Regional & City Airports (RCA), Bournemouth Airport has 24/7 capability and ample airfield space to establish new facilities. This, coupled with uncongested airspace, open slot availability and cheaper tariffs versus larger hubs, makes Cargo First a compelling competitor in the cargo handling market. The RCA leadership team has an ambitious development plan in place for Cargo First, including a multi-million-pound investment in infrastructure during the coming year.

Steve Gill, Managing Director, Bournemouth Airport added: “We are excited to be putting energy and investment into our cargo operation, especially considering we’ve come from nowhere to be knocking on the door of the top 10 cargo airports in the country. We’ve already added nearly 100 jobs, and there is potential to create hundreds more over next five years. It is an exceptional achievement, and we look forward to seeing our excellent service enjoyed by many more customers.”