Los Angeles International Airport is set to pilot new earthquake early warning technology, which will provide extra time for passengers and employees to prepare for an expected earthquake. 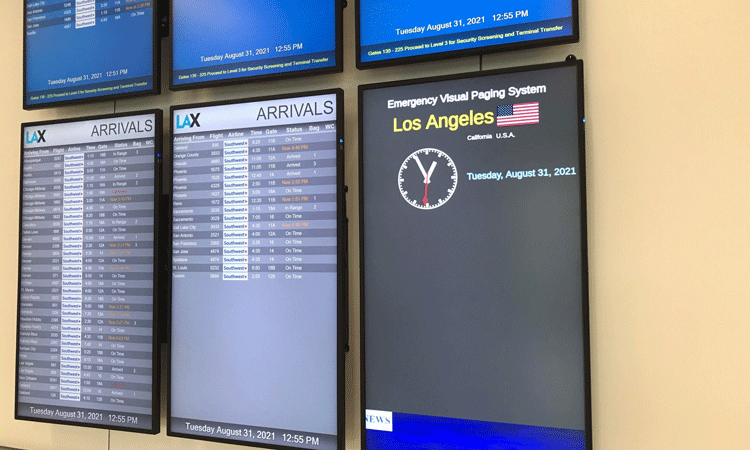 As part of National Preparedness Month (September 2021), Los Angeles International Airport (LAX) has announced that it will pilot a new earthquake early warning system, designed to provide airport employees and guests with extra seconds of warning and automatically implement safety precautions prior to an expected earthquake.

The early warning system will be tested at one of LAX’s terminals using $150,000 from the city’s Innovation and Performance Commission. The funding was approved by Los Angeles City Council, and was signed by Mayor of Los Angeles Eric Garcetti.

“We know that it’s not a question of if, but rather when, the next earthquake will hit, and the ability to offer even a few precious seconds of warning can make a difference in helping to save lives and property,” said Justin Erbacci, Chief Executive Officer of Los Angeles World Airports (LAWA). “We thank the City Council and Mayor Garcetti for helping us to pilot this new technology, which is another step in making LAX the most prepared and resilient airport in the world.”

The early warning system, which will be online in 2022, will monitor for earthquake activity through the U.S. Geological Survey’s ‘ShakeAlert’, which is linked to seismic sensors. It will then issue automated alerts, depending upon the anticipated severity of the earthquake, as determined by computer algorithms. At LAX, the system will automatically trigger emergency notifications to the airport’s terminals to alert passengers prior to an anticipated earthquake. The pilot project will also investigate the possibility of automatically shutting down the airport’s fuel hydrant system to help to prevent jet fuel from flowing during an anticipated earthquake.

The project will be led by LAWA’s Emergency Management Division in partnership with the Information Management and Technology Division. The funding comes from a $1 million Innovation Fund, which is designed to provide one-time funds to the City of Los Angeles departments to test new ideas that can make the city work better.

Newcastle International Airport on the road to net zero by 2035