Korean Air has signed a contract with SK Energy, to adopt the use of carbon-neutral jet fuel to continue the battle to counter climate change. 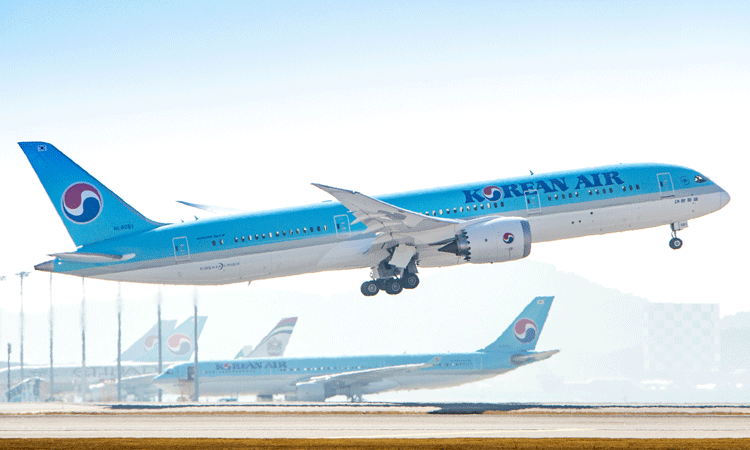 Korean Air has partnered with SK Energy, a major petroleum and refinery company in Korea, to introduce carbon-neutral jet fuel to actively counter climate change. Through the partnership, the airline will purchase a month’s worth of carbon-neutral jet fuel for domestic flights departing from Jeju International Airport (CJU) and Cheongju International Airport (CJJ).

Carbon-neutral jet fuel can be achieved by measuring the total amount of greenhouse gas emissions produced through fuel production, transport, consumption, and purchasing carbon credits to offset the carbon footprint.

Korean Air is actively participating in the International Civil Aviation Organization’s (ICAO) Carbon Offsetting and Reduction Scheme for International Aviation (CORSIA) and introducing eco-friendly and high-efficient aircraft. The airline recently introduced A220-300, which is equipped with the latest engine and can reduce carbon emissions per seat by 25 per cent compared to existing models of similar capacity.

In 2017, Korean Air became the first Korean airline to use sustainable aviation fuel (SAF), which has already been trialled on a flight departing from  Chicago O’Hare Airport (ORD) to Incheon International Airport (ICN). In June 2021, the airline also partnered with Hyundai Oil Bank to develop a foundation for biofuel manufacturing and its usage.

In 2019, Korean Air replaced single-use plastics such as straws, coffee stirrers and cups with eco-friendly paper products, and has also conducted tree planting activities in Mongolia and China’s Kubuqi Desert.

Korean Air has been working to improve its environmental, social and governance (ESG) management, and established an ESG committee, which reviews its management strategies focusing on ESG. The airline also issued ESG bonds in July 2021, to raise funds to purchase eco-friendly Boeing 787-10 aircraft.