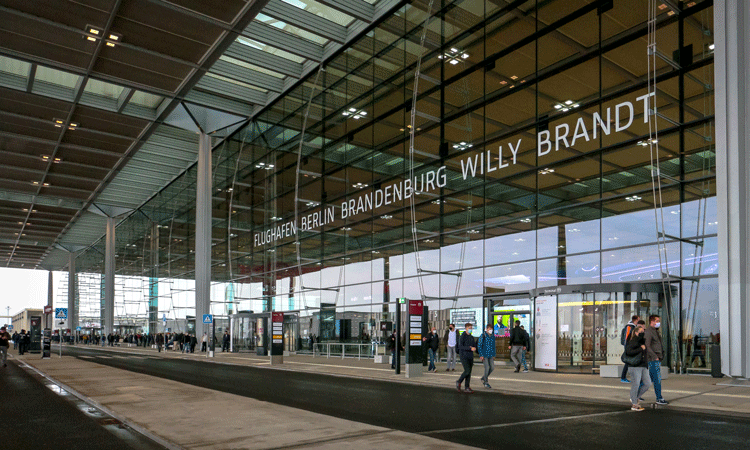 Summer tourist traffic at Berlin Brandenburg Airport Willy Brandt (BER) increased again last month (August 2021). A total of 1.43 million passengers passed through BER in August, around 180,000 more than in the holiday month of July 2021. A year ago, in the COVID-19 pandemic month of August 2020, around 830,000 passengers were processed at the Schönefeld and Tegel airports however, in August 2019 it was almost 3.2 million passengers. The aircraft load factor in August 2021 was 77 per cent.

The airport company has been using its two runways, alternating between them monthly, since April 2021. This ensures a more even distribution of aircraft noise. The southern runway was used in August.

“The additional increase in the number of passengers is a positive sign, even if we are still a long way from achieving the results of 2019, before COVID-19 began,” said Engelbert Lütke Daldrup, CEO of Flughafen Berlin Brandenburg GmbH. “Vaccination, that has now been made available to many people, ensures added safety when planning a holiday and thus has also had a positive effect on demand for air travel. Despite the travel restrictions, which still vary a lot, passengers have regained confidence in the processes from check-in to baggage claim.”