Lithuianian Airports has been hugely impacted by COVID-19, with net losses of €4.67 million in the first half of 2021 and €1.96 million during the months of January to June 2020. 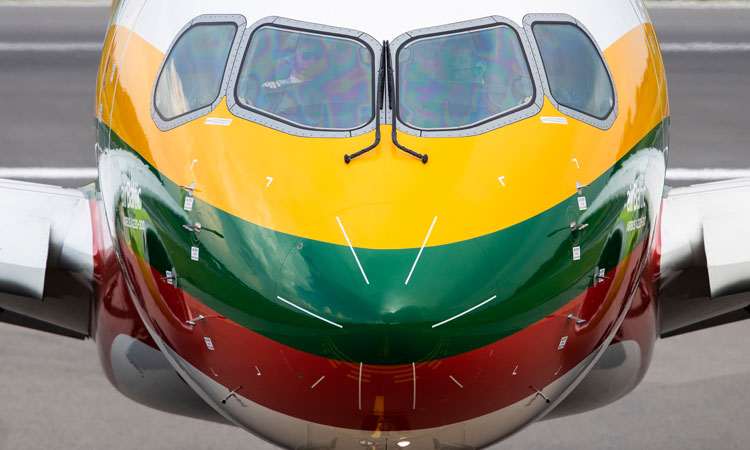 Before the COVID-19 pandemic struck, aviation flows were as per usual, leading to better comparative results. However, the state-owned company Lithuanian Airports, which manages the Vilnius, Kaunas and Palanga airports, discovered surprisingly higher losses for the company due to COVID-19.

With air transportation limited due to COVID-19, aviation operation income reduced by 23 per cent, down to €5.56 million, and non-aviation operation income fell by 20 per cent at €3.503 million. Respectively, the Lithuianian Airports income in the first half of 2021 reached €9.07 million, which is 22 per cent less than in the first half of 2020. Furthermore, Lithuanian Airports earnings before interest, taxes, depreciation and amortisation (EBITDA) were negative over the first half of 2021, with a loss of €0.62 million. However, during the same period in 2020, the EBITDA was positive at a rate of €1.319 million.

According to Laura Joffė, Lithuanian Airports Head of the Department of Finance and Administration: “The aviation industry around the world was and continues to be forced to work under difficult conditions due to pandemic-related reasons, which naturally result in finance management challenges.

“The pandemic persisted this spring, and so we were unable to reach the planned passenger volumes in the first half of the year, but despite this, Lithuanian Airports was able to achieve the planned financial results for the half-year. Therefore, we hope to conclude the year in line with the established financial plan. The three Lithuanian airports served 332,000 passengers in the second quarter of this year, which is twice the number of the first quarter – if the trend of travel demand recovery remains positive and the pandemic remains contained, the aviation sector should continue rapidly recovering.”

Despite the unforeseen results for the latter half of 2021, positive implications of the aviation market recovery have been observed. In terms of dividends for the year 2020, Joffė highlights that by recognising the company’s difficult financial situation and acting based on the principle of a private investor, the shareholder is looking for opportunities to exempt the company from paying profit tax during this challenging period.

Despite the tumultuous hit of COVID-19, Lithuianian Airports ensured financing for all important infrastructure projects for 2020/2021. Most importantly, the reconstruction of Palanga Airport, which is to be performed by the Latvian company A.C.B. The contractor committed to performing the construction for €13.6 million (without V.A.T.) within 45 days.

Due to the development, Palanga Airport will close in early September 2021 for general reconstruction including: take-off, landing and taxiing runways, as well as some of the key engineering infrastructure will be renovated, and the premises of the passenger terminal refurbished. The reconstruction is predicted to last a month and a half.