With the new hangar, easyJet will ensure smooth maintenance and servicing operations, including unscheduled work, for its European fleet, improving operational efficiency and saving maintenance costs in the long term. 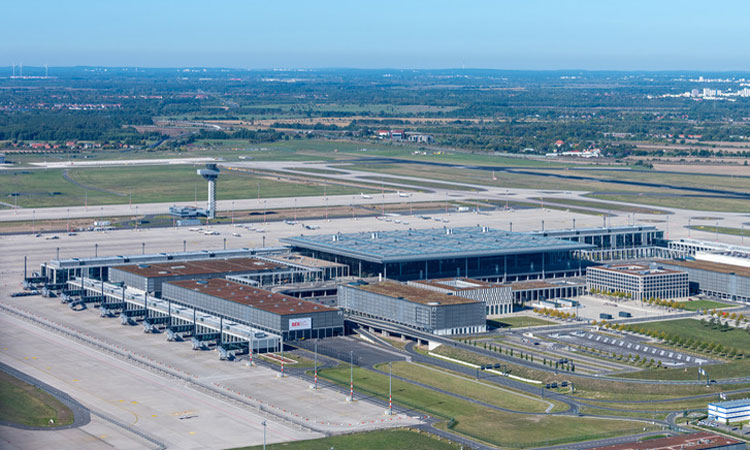 easyJet is planning a new hangar for the maintenance of its European fleet at Berlin Brandenburg Airport (BER).

Construction is due to begin in autumn 2021 in close cooperation with airport company Berlin Brandenburg GmbH (FBB). Once complete, the 10,000m2 hangar will provide space for work on four aircraft at a time, up to the size of the Airbus A321.

The construction of its own hangar at BER is the next logical step for easyJet in order to be able to service the BER and European easyJet fleet more comprehensively in Berlin-Brandenburg. In it, the company will carry out more extensive maintenance and servicing work as part of its light base maintenance.

easyJet opened its first line maintenance station outside the UK at BER in the summer of 2020. As part of the line maintenance, work is carried out on the aircraft during ongoing operations and directly on the apron.

The total investment volume for the maintenance station and hangar is approximately 20 million euros, with maintenance operations planned to begin in early 2023.

“After 17 years of consistent commitment, we remain connected to the capital region as a home base carrier,” commented easyJet’s Country Manager Germany, Stephan Erler.

“The investment in our first continental European hangar underlines the strategic importance of our base for the easyJet network and the close cooperation with the airport company Berlin Brandenburg.”

Since 2004, easyJet has stationed its own aircraft in the Berlin-Brandenburg capital region and since then has been close partners with FBB and the entire economic region.

Engelbert Lütke Daldrup, CEO of Flughafen Berlin Brandenburg GmbH stated: “easyJet’s decision to make a major investment at Berlin Brandenburg Willy Brandt Airport is a clear sign that BER is an attractive location for strong international brands in the aviation industry. The choice is also a clear signal for the region, as it shows how attractive the business location is for foreign investors.”

The construction application documents for the hanger have been submitted and are currently in the approval phase.