Posted: 10 May 2021 | International Airport Review | No comments yet

By achieving the accreditation, Guanacaste Airport highlights its efforts to measure, manage and reduce its carbon footprint. 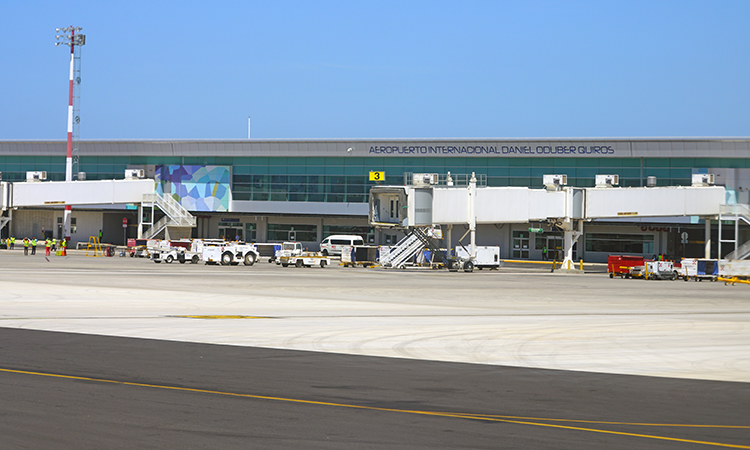 Costa Rica’s Daniel Oduber Quirós International Airport (LIR) – also known as Guanacaste Airport, which has been a member of the VINCI Airports network since 2018 – has entered Airports Council International’s (ACI) Airport Carbon Accreditation (ACA) programme by reaching Level 2 ‘Reduction’ for its actions in favour of the environment. ACA is the only global, airport-specific programme that certifies airports’ efforts to manage and reduce its carbon emissions.

This new accreditation illustrates the actions that the airport has taken to measure, manage and reduce its carbon footprint, such as the application of LED lighting and the introduction of more efficient air conditioning equipment.

The terminal has also taken other actions to reduce its carbon footprint, with the installation of automatic doors for boarding lounge entry and the use of heat insulating technology in the terminal’s windows to avoid excessive air conditioning consumption, as well as the programming of automatic lighting and air conditioning in accordance with the airport’s hours of operation.

All of these initiatives illustrate the relevance of AirPact, the VINCI Airports’ global environmental strategy, which has established preventive and corrective measures aimed at developing sustainable and environmentally responsible approaches to air transportation.

“We have dedicated many of our efforts to be comprehensive in our management and contribute to the mitigation of our carbon footprint in favor of the environment. At Guanacaste Airport, we are happy and honoured to obtain this new accreditation and are committed to achieve the next levels,” said Cesar Jaramillo, General Manager of CORIPORT, operator of Daniel Oduber Quirós International Airport.

“We recognise the effort and commitment of both Guanacaste Airport and CORIPORT to mitigate the impact of their activities on the environment by creating a complete, independent and verified inventory of carbon emissions and outlining plans on how to reduce these emissions. Excellent work!” said Dr. Rafael Echevarne, Director General of Airports Council International Latin America & Caribbean (ACI-LAC).

In 2017, Guanacaste Airport was also awarded the Carbon Neutrality accreditation as part of the country’s decarbonisation programme granted by the Ministry of Environment and Energy (MINAE)’s Climate Change Division.

Additionally, it has received ISO 50001 Energy Management and ISO 14001 Environmental Management certifications developed by the International Organization for Standardization and the five-star Ecological Blue Flag award in its Climate Change category.

“At CORIPORT, we understand that the environment requires our support to mitigate the carbon footprint generated by our operation, and that is why, from the beginning of our management, we established robust environmental policies that allow us to contribute to a healthier world,” added Jaramillo.