The new building complex features both a fire station and firefighting training centre, allowing the airport to protect its site even more effectively. 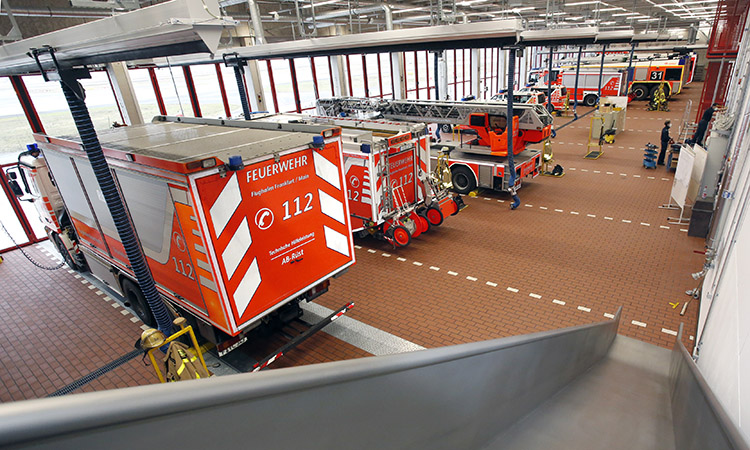 Following nearly two and a half years of construction, Frankfurt Airport’s (FRA) new Fire Station 1 went into operation at CargoCity South in February 2021.

Located on a 2.1 hectare site, the building complex combines multiple functions under one roof, including the fire station – for active firefighting protection of aircraft and buildings – and the firefighting training centre – which features an education area, workshops and offices, as well as rest and exercise rooms.

Thirty-one persons are on duty around the clock at this modern facility. Along with changing rooms, a laundry, a respirator workshop and 33 individual resting rooms, the complex includes a garage for accommodating 18 large fire trucks. “This new fire station is technically state-of-the-art and combines a multitude of important functions,” said Annette Rückert, who heads the Fire Prevention Department of Fraport AG. 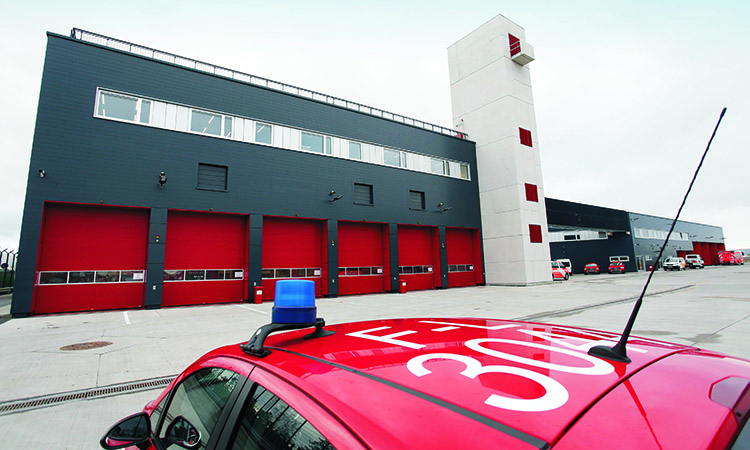 The adjoining firefighter training centre also boasts special features, such as an 8.5m-high, 30m-long training bridge to help new firefighters get used to heights and to practice for rescue missions. In addition, a 23m-high tower is equipped with a smoke generator for simulating a tall burning building. “Our advanced practice facilities let us train future firefighters under realistic conditions and optimally prepare them for their jobs,” explained Rückert.

With the commissioning of this new station in the south of the airport and the subsequent completion of modernising the existing Fire Station 2 in the north, the number of fire stations at FRA will be reduced from four to three. The old Fire Stations 1 and 3 are being decommissioned. Fire Station 4, which began operating when the Northwest Runway was inaugurated in 2011, will be renamed the new Fire Station 3.

The reduction in the number of fire stations will further increase the efficiency of the airport’s fire brigade. It will be possible to deploy personnel more flexibly and reduce the complexity of operations, while simplifying internal training and communication. Rückert added: “The new concept not only not enables us to continue meeting the legally required response times throughout the airport, but also to protect specific areas even more effectively.”