Miami Airport’s nearly 1,400 employees will take part in the Blue Lightning training programme in order to learn how to properly identify and report suspicious behaviour. 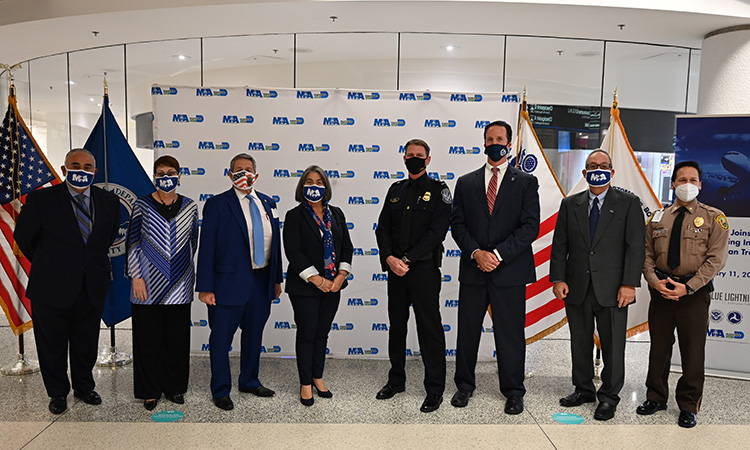 MIA is the first airport in Florida to join this training initiative to help ensure that the millions of Americans who travel each year, even during these ‘new normal’ circumstances, are better informed and able to assist in this fight.

“Miami-Dade County fully supports the anti-human trafficking goals of the Blue Lightning Initiative. I’m proud that Miami International Airport, under the leadership of Director Sola, continues to empower its employees and the travelling public with the knowledge to identify potential cases of human trafficking. As County Commissioner, I championed policies for public awareness and action against this terrible crime. As Mayor, I remain committed to working alongside all of our partners as we fight together to end human trafficking,” said Daniella Levine Cava, Mayor of Miami-Dade County.

MIA officially partnered with DHS and the U.S. Department of Transportation (USDOT) in November 2020, building on the collaboration forged earlier in 2020 in preparation for Super Bowl LIV, when the agencies held training sessions for MIA employees on the indicators of human trafficking.

“MIA is proud to be the first airport in Florida to join the Blue Lightning Initiative. Airports are uniquely positioned to help raise awareness and train its employees to properly identify and report suspicious behaviour,” said MIA’s Director and CEO, Lester Sola.

MIA will provide the Blue Lightning training programme to its nearly 1,400 employees, with new employees receiving the training as part of their onboarding process. There are plans to expand the training to the entire airport community in an effort to protect employees and customers alike. Some airlines operating at MIA already participate in the programme.

Travellers will also see BLI messages in new locations throughout their journey, particularly in pre-security areas of high concurrence near the checkpoints and at the passport screening areas. Other awareness materials will be made available to the travelling public at the information counters.