Istanbul Airport is now one of only two airports in the world that is certified with both the “5-Star COVID-19 Airport” and the “5-Star Airport” rating. 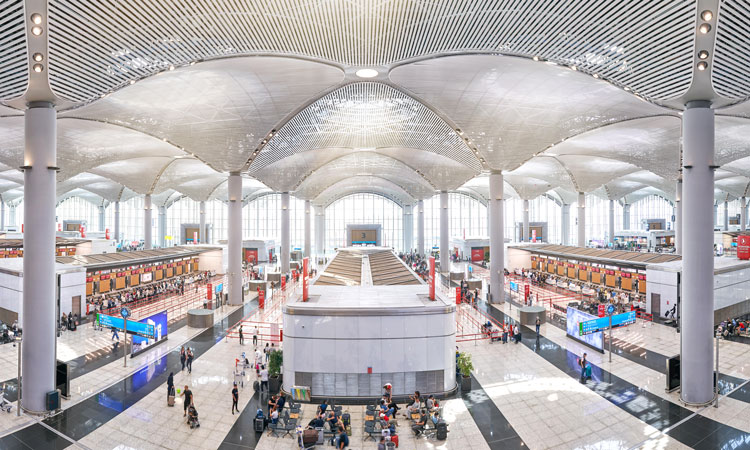 As Turkey’s gateway to the world, Istanbul Airport continues to be the pride of Turkish aviation, with awards received worldwide. Selected recently as the “Best Airport” in the Digital Transformation category as a part of “16th ACI Europe Awards” organised by the Airports Council International (ACI), owing to its digital infrastructure and state-of-the-art technology, Istanbul Airport receives yet another award.

Istanbul Airport, which received the “Airport Pandemic Certificate” issued by the Directorate General of Civil Aviation, and then signed the “COVID-19 Aviation Health Safety Protocol” published by the European Union Aviation Safety Agency (EASA), before the Skytrax awards, also became the first airport in the world to obtain the “Airport Health Accreditation” certificate presented by Airports Council International (ACI).

After three days of intensive physical audits during which the auditors experienced each point of contact that affects passengers such as parking areas, public transport, website, mobile application, security/passport control, basic passenger services, shops, food and beverage areas, and baggage claim, the airport was awarded five stars. In addition to almost 800 criteria, which were assessed in a detailed manner, the measures against the pandemic were also subjected to the grading.

Kadri Samsunlu, the CEO and General Manager of İGA Airport Operation, said: “An airport being certified as both a “5-Star Airport” and a “5-Star COVID-19 Airport” by an important aviation authority like Skytrax, just after two years since its opening and one and a half years after commencing its operation at full capacity, is a rare situation. I can say with pride that, as İGA, we have achieved this as Istanbul Airport. We have established a customer-oriented culture in our airport, we will advance this even further and our work in this respect is continuing at pace. We are the eighth hub airport in the world to receive five stars among the global transfer hub airports, after Doha, Hong Kong, Munich, Seoul Incheon, Shanghai, Singapore and Tokyo. We have also become the fourth airport in the world to receive the “5-Star Covid-19 Airport Rating”, in respect of the COVID-19 measures implemented at airports. We are the second airport in the world to hold both titles at the same time… We are proud and happy on behalf of our country for having achieved such a success. I would like to thank everyone and all our staff, who has contributed for this achievement. With the same excitement and enthusiasm like the first day, we will continue our efforts to make our country, and Istanbul Airport the world’s most important aviation hub.”