With certain elements of Dublin Airport’s Terminal 1 beginning to reach the end of their life, the airport is now seeking planning permission for necessary redevelopment works. 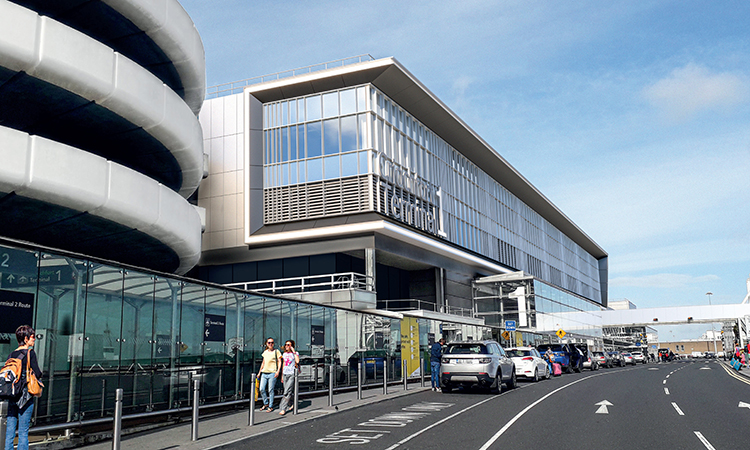 Dublin Airport’s (DUB) Terminal 1 (T1) is to undergo a major facelift under plans that have been submitted to Fingal County Council.

The core façade and the roof of the terminal are to be replaced with a new modern, energy efficient structure that will completely transform the external appearance of Terminal 1 and give it a new visual identity.

The existing concrete fins, which are near the end of their life and need to replaced, will make way for a combination of glass and solid panels to create a fresh look for T1 that will improve the overall visual appearance of the airport campus.

The planned works to the façade follow a major upgrade to both the Departures and Arrivals areas of Terminal 1 in recent years. New floors and lighting were installed and both areas were reconfigured to introduce more natural light to the building.

Dublin Airport’s Managing Director, Vincent Harrison, said: “Terminal 1 has been at the heart of Dublin Airport since 1972 and has welcomed more than 450 million passengers during 48 years of use. These works are part of an overall programme to ensure that T1 can continue to successfully serve Ireland for many decades to come. While passenger traffic had been hit by the impact of COVID-19, as custodians of Dublin Airport on behalf of the State, daa must always take a prudent long-term view in relation to managing the facility. As certain elements of T1 are approaching the end of their life, it makes sense to seek planning permission now for these works, which will be carried out over the coming years.”

The project to upgrade the façade and other elements of Terminal 1 has been part of the long-term plans for Dublin Airport for several years. As yet, no specific date has been set for these upgrade works to take place.

The northern and southern sides of T1 – effectively the front and the back of the building – will feature significantly more glazing within the new design and the removal of the 1970s concrete fins will create a distinctive new look for the terminal.

As part of the project, planning permission has also been sought to revamp the top two floors of T1, which were originally designed as a multi-storey car park, and are currently used for offices, plant rooms and some staff parking. Remedial works will be undertaken on the concrete spiral ramps adjacent to T1, but they will be retained in their current form.

The changes to T1 will generate a significant improvement in the terminal’s energy efficiency, as it will move the upgraded elements of building from their current BER rating of F to B3. The terminal’s new façade exceeds current energy guidelines by 25 per cent. As part of the planned works, the roof of Terminal 1 will be insulated to the highest standards, thus significantly reducing heat loss from the building.

“Sustainability is at the heart of how we operate at Dublin Airport and this project will have a hugely positive impact on the overall energy consumption levels for Terminal 1,” Harrison added.

Terminal 1, which was designed in the Brutalist style, opened in May 1972 at a cost of £7 million. It effectively replaced Dublin Airport’s original 1940s terminal and connected passengers more directly with Piers A and B – now the 200 and 300 boarding gate areas – which had been built in the early 1960s.