Despite a second wave of COVID-19 now impacting countries across the globe, a significant number of travellers now consider travel to be safe again. 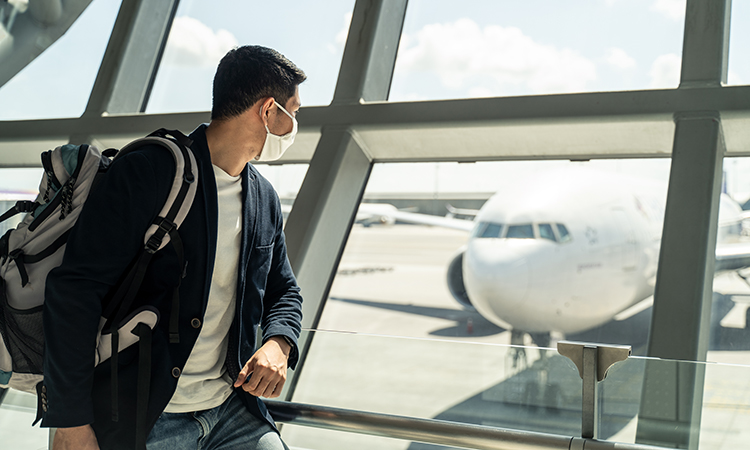 Despite COVID-19 cases increasing around the world, nearly 20 per cent of global consumers think that it is safe to travel now, with 21 per cent putting less weight on government restrictions and more on personal risk assessments.

The UK, in particular, has shifted away from World Health Organization (WHO) and governmental guidance, with 23 per cent saying that they would be happy to travel to a country that has lifted restrictions despite national travel warnings.

This is according to Oliver Wyman’s second global traveller sentiment survey, titled ‘Anticipating The Travel Recovery’. The survey found several other changes in traveller behaviour since the first survey was originally conducted in early May 2020. They include:

Aviation partner at Oliver Wyman, Michael Khan, said: “Ongoing travel restrictions have taken their toll on the UK public. Much like the rest of the world, UK travellers are increasingly looking forward to going abroad on holiday again or travelling to see friends and family. With nearly a quarter shifting away from official guidance and restrictions on travel, it is increasingly important for governments to have clear communication on the risks and for airlines to provide adequate safety measures.”

“The new national lockdown and international travel ban are strong measures to stymie the spread of the virus, and they will bring their own set of challenges for the travel industry. They will likely have the effect of increasing the perceived risks of travel and of flying, in particular, as the pandemic continues to surge across Europe and the world over the short to medium term,” he added.

Bruce Spear, Aviation partner at Oliver Wyman, added: “Personal judgement is now the leading factor for deciding to travel, ahead of government restrictions, advice from the World Health Organization or even having a vaccine. This means the travel industry must focus on measures that increase individual customer safety, such as mandatory masks, cleaning and rapid testing and not waiting for governments to issue directives.”

Travel during the pandemic

The survey also asked people about actual travel they have done during the pandemic. Overall, 31 per cent have travelled by air and 24 per cent by train (for more than two hours) since March 2020. Sixty per cent of these trips were primarily for leisure.

Half of travellers (51 per cent) were excited to travel; while only a quarter reported being reluctant. Almost 80 per cent of those who travelled were satisfied with most components of their experience, including check-in, security, boarding process, passenger and crew PPE.

Price remains the number one factor for consumer choice, followed by cleaning policies and treatment of travellers. The exception is in China, where aircraft cleaning policies and treatment by the airline outrank price. Travellers view cleaning and mask mandates as the most important health and safety measures, but 40 per cent would still like to see an empty seat next to them on planes and trains.