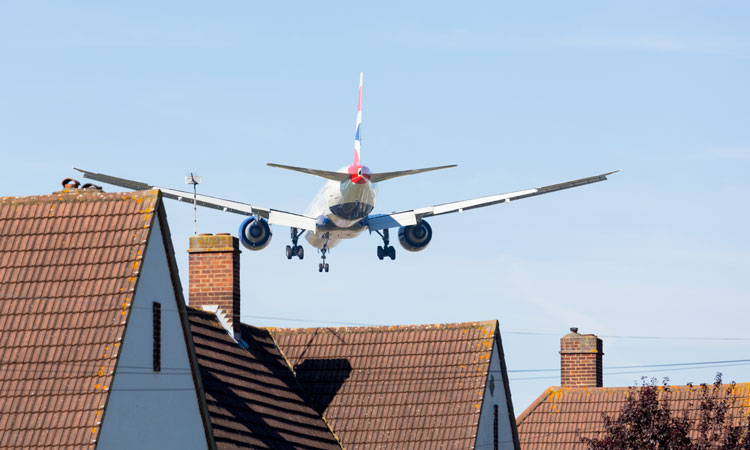 The UK’s Independent Commission on Civil Aviation Noise (ICCAN) has published a snapshot of people’s experiences of aviation noise during lockdown.

The COVID-19 pandemic has had a dramatic impact on the aviation industry, with huge numbers of aircraft grounded resulting in much quieter skies for those living near airports. With fewer aircraft flying, this unique situation presented an opportunity to gather people’s views on aviation noise and see how their attitudes might change as the aviation industry seeks to recover.

Nearly everyone interviewed in the survey (92 per cent) said that, before the lockdown, they could hear aeroplane noise where they live, and two-thirds (66 per cent) were bothered by it. When asked about their experiences of aviation noise during the period of lockdown in June and July 2020, the number who were bothered by aviation noise fell to just under a third (28 per cent).

Rob Light, Head Commissioner of ICCAN, commented: “This survey presents an important snapshot of how people felt about aviation noise during lockdown, when the skies were undoubtedly the quietest they had been for a generation.”

“As the UK’s independent noise body, ICCAN wanted to capture a picture of how people felt about the skies this summer, and we want to repeat the survey to see how people’s experiences change as aircraft return and more noise is generated. Tracking people’s views about the impact of noise on them will be crucial in building a sustainable recovery, where noise and its effects are at the heart of decisions about aviation,” he added.