ACI Asia-Pacific has urged governments to implement relief measures in order to protect airport jobs and aviation connectivity as a result of the COVID-19 outbreak, 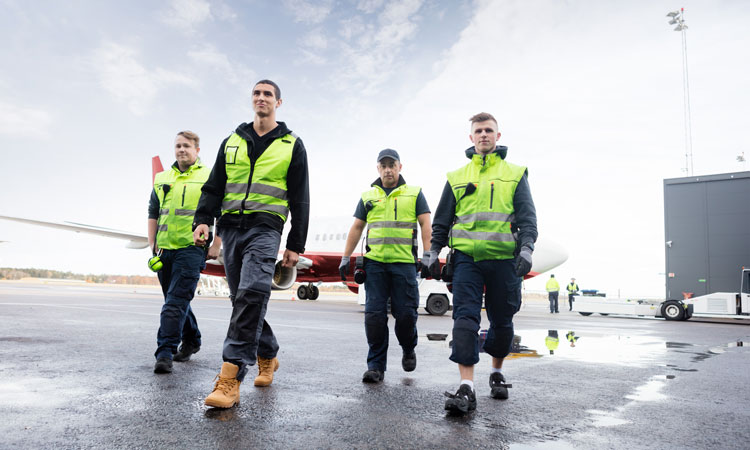 Airports Council International Asia-Pacific (ACI Asia-Pacific) has called for governments across the Asia-Pacific and Middle Eastern region to swiftly implement relief measures in order to safeguard airport employment and connectivity following the severe impact experienced by the global aviation industry as a result of the coronavirus (COVID-19) outbreak.

Revised ACI World revenue forecasts show that the impact of the pandemic now stands at an estimated $23.9 billion for Asia-Pacific and $5.7 billion for the Middle East, with airports of all sizes suffering indiscriminately. A prolonged outbreak may result in a traffic volume loss in the range of 1.5 billion passengers for the Asia-Pacific region.

The airport industry in Asia-Pacific and the Middle East currently employs over 63 per cent of aviation industry jobs, providing a variety of services ranging from airport management, maintenance and security to retail outlets, food and beverage and duty-free concessionaires.

When taking into account the rapid developments, ACI estimates place the 2020 first quarter loss in Asia-Pacific in the range of $5.6 billion – almost double earlier estimates – a large portion of which comes from the contraction in traffic, as well as non-aeronautical revenue. The impact on the Middle East will generate a loss of approximately $1 billion for the first quarter of 2020 and, at least double, for the full year.

Director General of ACI Asia-Pacific, Stefano Baronci, said: “The updated analysis paints an extremely challenging picture for our airport members who have already burnt through about 10 per cent of total yearly revenues in just three months. Every passenger lost by an airline is equally a passenger lost by an airport. Relief measures are needed now for the sake of the entire aviation sector’s resilience to save jobs and allow economic recovery.”

Analysis of preliminary weekly passenger data from January 2020 to the middle of March 2020 at 12 major hubs in Asia-Pacific – which handles around 22 per cent of traffic in the region – shows the increasing traffic deterioration, culminating in an average decrease in traffic by more than 80 per cent by the second week of March 2020, compared to the same period in 2019.

A number of small airports in the region – those defined by handling less than one million passengers per year – are also heavily affected by the crisis and resulting drop in traffic. The role played by airport networks in several countries in Asia-Pacific and the Middle East will be essential to enabling the long-term social and economic benefits of connectivity. ACI Asia-Pacific recommends dedicated funding to keep these small airports operating and ensure their economic sustainability.

Baronci continued: “Legislators have to carefully balance survival and revival measures, addressing both the urgency of short-term needs with smart initiatives that will also facilitate a strong recovery down the road. Several governments are still pondering which measures to apply as the crisis unfolds. ACI Asia-Pacific strongly advocates for policy measures that benefit all parties of the aviation sectors without prejudice in favouring airlines.”

Specifically, ACI Asia-Pacific is calling on governments and regulators to act now and implement the following measures.

The temporary suspension of airport slot usage requirements would enable carriers to adjust their schedules in a sustainable way and allow airports to protect connecting traffic at hub airports, safeguarding connectivity worldwide. The extension of the temporary suspension beyond June 2020 needs to be supported by continuous analysis and flexibly exercised per specific market conditions, as seen in China’s approach for international traffic and airline load factors.

Tax relief for the aviation sector

This includes the suspension or deferment of social security contributions, as well as corporate and other taxes (including VAT and excise duties). Suspension of all national and local aviation specific taxes, including passenger departing taxes.

Suspension or deferment of airport operators’ concession fees to governments

Governments need to consider, on a case-by-case basis, waiving airport rents and concession fees applicable to airport operators, irrespective of ownership status, given the financial stress they are experiencing.

Airports are reliant on revenue from charges on airlines, passengers and commercial activities. Any global alleviation of airport charges or introduction of blanket discounts, therefore, will place airport operators in greater financial distress.

In some circumstances, seeking government subsidies to safeguard the ability of airport operators to contribute to economic growth and employment by ensuring current and future strategic investment in capacity, digitalisation, accessibility and sustainability. These measures should be contemplated especially in support of regional airports.

The new airport security sector in a post-COVID-19 world