The new de-icing pad will reduce emissions at the airport by 160 tonnes a year; equivalent to 209 acres of forest absorbing carbon in the same time frame. 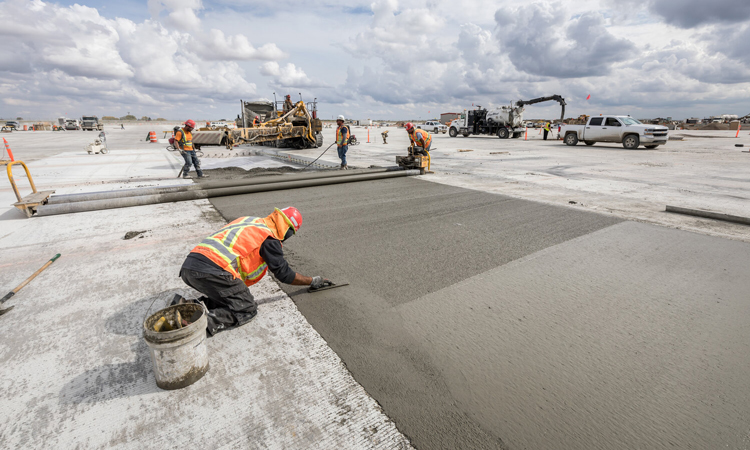 Following construction during August and September 2019, the first aircraft have now begun to utilise the facility.

The East Deicing Apron has been built with reduced-carbon concrete, provided by CarbonCure, and represents the largest quantity of the specialist concrete to ever be used at a Canadian airport. 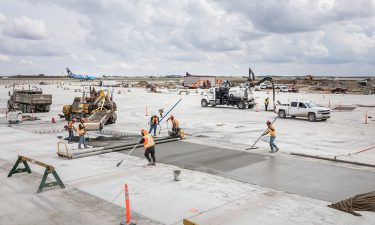 Carmelle Hunka, Vice President of the General Counsel for Risk and Compliance at the Calgary Airport Authority, said: “YYC Calgary International Airport is pleased to be a leader as the largest airport user to date of CarbonCure in Canada. As YYC strives to be a leader in airport sustainability, we fully supported our airline partners in the decision to inject captured carbon into the new East Deicing Apron’s concrete pavement.”

Waste CO2 captured by industrial gas suppliers is injected into concrete during mixing, enabling the production of stronger, more sustainable concrete. Every cubic metre of concrete made reduces an average of 16kg of carbon emissions – an average high-rise built with reduced-carbon concrete would save approximately 120 tonnes of CO2.

An estimated 25,000m3 of reduced-carbon concrete was used for the construction of the East Deicing Apron, representing 160 tonnes of reduced carbon emissions; equivalent to 209 acres of forest absorbing CO2 over the course of a year.