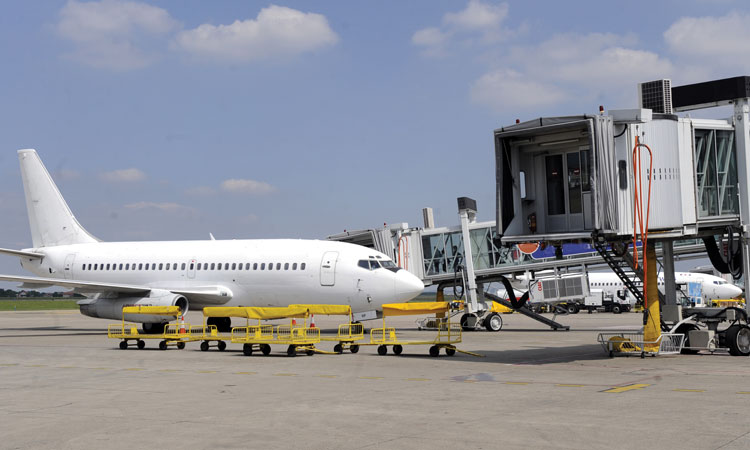 The ASA brings together ground handling service providers and suppliers from across the globe with a mission to provide a forum for consultation and worldwide representation for companies engaged in aircraft ground services at airports, and to develop common practices to address industry problems and communicate them to all concerned parties.

Stakeholder collaboration in the ground handling industry is vital, but there are challenges with aligning these parties. “We cannot have a safe and efficient aviation industry without stakeholder collaboration,” says Samim Aydin, Chairman of the ASA, but achieving the right level of collaboration is the real challenge: “Because of the business dynamic that exists amongst the stakeholders, specifically the landlord/tenant relationship between the airport and the ground handler, the airline customer relationship between the airport and the airline and, of course, the customer relationship between the handler and the airline. Although each party is trying to achieve the best balance in this triangular relationship, often this may result in one of the three parties not getting the best deal. ASA believes that it should be mandatory that handling companies are represented on the Airport Operators Committee to make sure that the facilities and services available to the handlers allow for safe and efficient handling operations at all times.

“ASA has worked very hard during the past 12 months to bring all the stakeholders around the same table and for the first time we hosted a meeting in November 2013 between ICAO, IATA, ACI and ASA. We are now actively working together on the topic of ramp safety. An MOU was signed with IATA to co-operate on many areas and we started with aligning the ground damage data that we collect from our members with IATA’s GDDB (Ground Damage Database). With ICAO we are taking part in the gap analysis on Annex 19 with IATA and ACI, to mention a couple of areas of co-operation.”

So how important is it to drive competition in the industry? Aydin explains: “Competition in any business is a good thing but only if there is a level playing field. In the handling industry this is often not the case. For example, take an important safety programme such as IATA’s ISAGO. The professional handling organisations immediately saw this as an important step to improve operational safety and worthy of the investment it requires on an ongoing basis. It would also be a good business differentiator to separate what the industry refers to as the ‘mom and pop’ handlers.

“Unfortunately, some airlines focus only on the contract price and this can result in a race to the bottom between handlers at the same station, who in some cases are offering a very different product standard.”

Ramp safety is an area that is under constant scrutiny within the ground services industry, but taking into account airport congestion and ever-tightening turnaround times, how can ramp safety realistically be improved? “Safety is our number one priority,” says Aydin. “There are a lot of numbers passed around the industry at conferences and published in magazine articles that speak of a US$4 billion cost in annual damage to aircraft on the ground. The truth is only the insurance companies know the real number – and they don’t share their information! We strive for zero accidents and incidents but the fact is that we have humans interfacing with machines and aircraft so we must find ways to improve this interface. Modern ground support equipment (GSE) offers safety enhancements but these add cost to the GSE and we must also consider the age of the existing GSE fleets operating at airports around the globe that are still well within their working life span but which may not be suitable for a retrofit with these new safety enhancements.”

Aydin reveals that he believes if a ground handler used only the very latest GSE with the latest safety devices, this would reduce aircraft ground damage, but on the existing operating margins that most handling companies are working on, he questions how a handler can afford to write off older GSE.

“The fact is that over the last decade handling margins have decreased as a result of the increase in handling licences issued by airports and the airlines taking advantage of more competition to squeeze down the contract price. It is a strange situation in many ways because the airline has the most to gain if aircraft ground damage is significantly reduced: it results in fewer aircraft taken out of service and lower insurance rates eventually, yet generally they are reluctant to accept this and work with the handler. I am pleased to say that at the recent IATA IGHC meeting in KUL there seems to be a change in some major airlines’ mindset on this issue so I am optimistic: but only time will tell. Notwithstanding, ASA is committed to improving ramp safety and to reducing personal injury and will continue to support a number of existing initiatives such as the Ground Damage Annual Stakeholders’ meeting that will be staged on the ramp at Frankfurt Airport in September 2014,” he explains.

How easy is it for the ground handling industry to adapt to changing legislation? “When it comes to legislation, you have to adapt,” says Aydin. “Easy? It depends on what changes you are referring to. Take the EU directive as an example – if the EU forces the airport authority to issue an additional handling licence, then the existing handlers at the same airport must adapt to a more competitive market if there is no expansion at that airport to increase the business. We are watching carefully at how the ICAO Annex 19 will affect the handling industry, as currently the ground handling industry is not a globally regulated business. Only time will tell if regulation will improve safety and efficiency but ASA is involved in the consultation with ICAO on the Annex 19 gap analysis.”

With regards to the training of ground handlers, Aydin believes that training and safety go hand-in-glove. He discloses: “Recently at industry gatherings there have been suggestions that training for ground handlers should follow a recognised route, with accreditation that would be accepted globally. This would allow skills to be acquired that could be transferred across, for example, when a contract change takes place and a handler that loses the contract is forced to lay off staff that could then be transferred to the other handling company without the need for additional training. In theory this can work but who would set the training standard – and could the same standard be achieved around the globe?”

The aviation industry is experiencing a period of growth, but how will airlines and ground handlers benefit from this growth going forward? “The ground handling industry is now estimated to be worth over US$80 billion annually and over 55 per cent of global handling operations are now carried out by non-airline handlers. This percentage will continue to grow as more airlines see the financial benefits of outsourcing. A good example of this is what is now happening at a very fast rate in North America, which is a market that, 10 years ago, almost relied totally on airline handling. Of course there are challenges as the ground handling market expands to recruit and resource new handling operations,” says Aydin. “What we need to realise is that it is all very well for airlines to receive the financial and operational benefits of more outsourcing, but at the same time these same airlines should not see outsourcing as an opportunity to significantly reduce their handling costs by offering unrealistic handling contract prices. This is especially so if the reduction in reasonable ground handling margins may result in a negative operational impact on their overall business. Unfortunately, I am afraid to say that many airlines only look at the short-term financial gains.”

International Airport Review would like to thank Tim Ornellas for his assistance with this article.

Samim Aydin became a Board Member in Çelebi Aviation Holding in July 2012 where, since July 2010, he has been the President, Ground Services Europe. Before joining the Celebi Group in 2005, he was the Director of Terminal Operations in Manila. Samim then worked at the company’s Frankfurt Head Office until mid-2005 and became CEO of Çelebi Ground Handling in 2006. Prior to this Samim was the CEO and Board Member of Bayindir Antalya Airport Terminal Management (from 1997 until 2000) the first BOT project in Turkey. Samim has a BSc in Mechanical Engineering and was appointed Chairman of ASA in 2011; the association currently represents around 100 handling companies in all continents who collectively employ over 250,000 ground handling personnel. 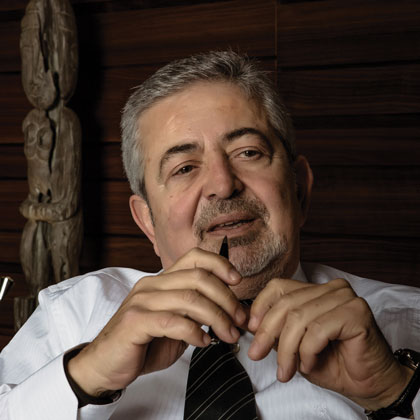